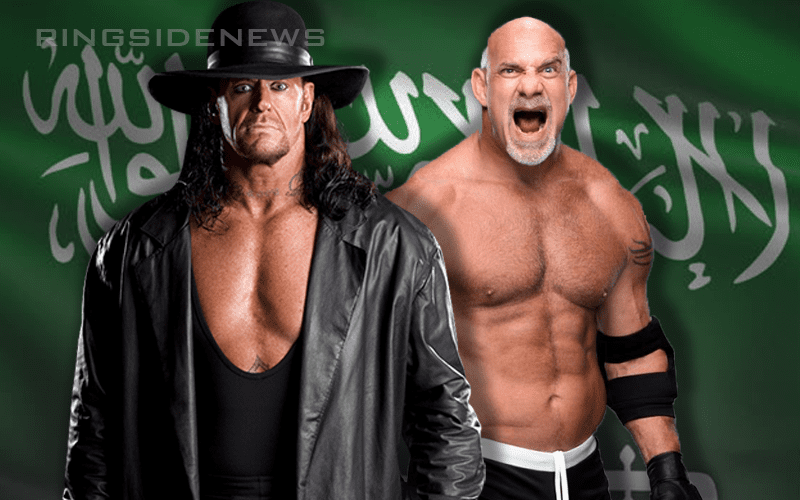 The Undertaker will make his return to the ring to face an also returning Goldberg. However, the two legends will not face off in America.

WWE Super Showdown will be the company’s next event in Saudi Arabia on June 7th. This might also spark some controversy because Goldberg vs The Undertaker is going down in KSA.

Goldberg vs The Undertaker is now official for WWE’s next Saudi Arabia event on June 7th. The company made the announcement on Monday afternoon.

It also appears that they are going with Super Showdown rather than the rumored “Sands Of Time” name.

This will be the first time that these two will ever be meeting in the squared circle although it was very briefly teased during Goldberg’s last stint in WWE. The two had a small face-off, but nothing transpired after that. Now the two will finally do battle.

You can argue how great this match will be, but the fact remains that the two legends are set to have a once in a lifetime match in Saudi Arabia on June 7th.