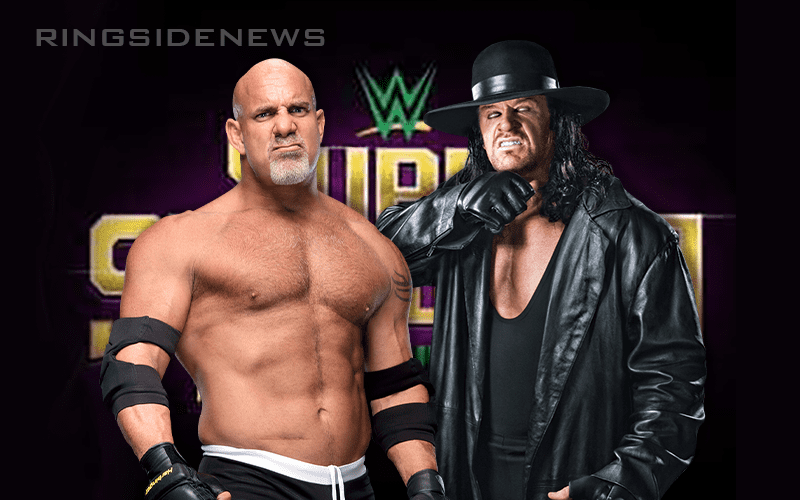 Goldberg will be making his return to the WWE ring at the Super ShowDown on June 7th. This will be a dream match, but it will take place in a very controversial location.

The former Universal Champion posted a picture of the two pro wrestling legends on Instagram and included a very telling caption. He said that it was a difficult decision to finally accept this dream and explained how time was certainly a factor in the difficulty of making a choice to take on The Dead Man in KSA.

Many contributing factors making it an extremely difficult decision for me to accept this match. A match against #Undertaker would’ve been a dream 10-15 years ago but it never happened. We can’t change the past, but somehow the stars have aligned and though it be bit later than desired, this matchup is still a dream for me. I have nothing but respect for Taker, he’s a legend, BUT now I do what I do… prep for war 1 more time.

The stars have aligned for Goldberg vs The Undertaker fifteen years after it should have really happened. Now we will have to see what those two legends can muster in 2019.

No matter when the match should have happened Goldberg is still preparing for war one more time as he could very well wrap up his WWE Hall Of Fame career in Saudi Arabia against The Undertaker.