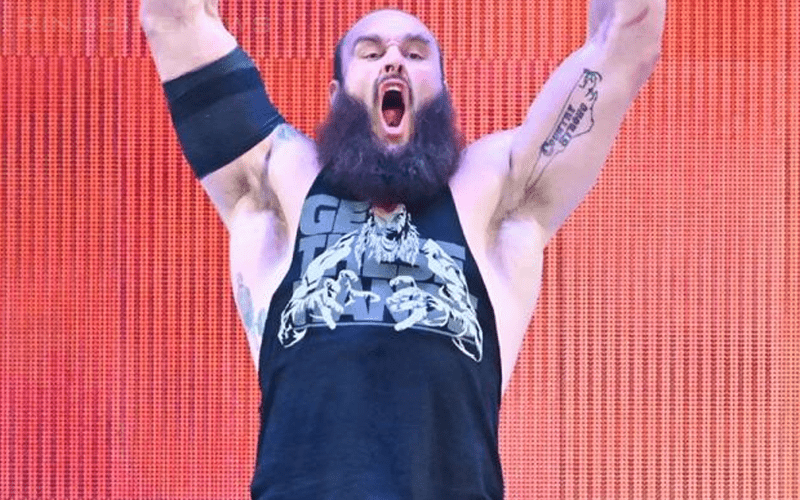 Braun Strowman is an incredibly tough man and is capable of taking and dishing out a lot of punishment, but it appears he might be a little roughed up right now.

Dave Meltzer discussed Strowman during Wrestling Observer Radio where he proposed that Braun could be working while hurt right now. This is because of an interesting placement of a medical assistance band which could indicate a bigger issue.

“You notice Braun’s injured? He had the big band on his arm like you would if you had a thing and your elbow hurts or your bicep is a little bit scary you know you usually put that band down kinda like an elbow pad thing, but he had it up and that usually means that you’d got like a significant bicep or triceps injury.”

“He’s hurt, I mean he’s clearly hurt, but he’s not hurt enough to be taking time — that’s not why he’s in the match.

It should be noted that Braun Strowman’s possible injury had nothing to do with being pulled from Money In The Bank. It seems that WWE simply has a different creative direction in that regard.

Right now Braun Strowman can’t afford an injury so hopefully, whatever he’s suffering from isn’t that bad. It is also likely that we’ll see him at Money In The Bank anyway because RAW did not end with a very happy Monster Among Men this week.