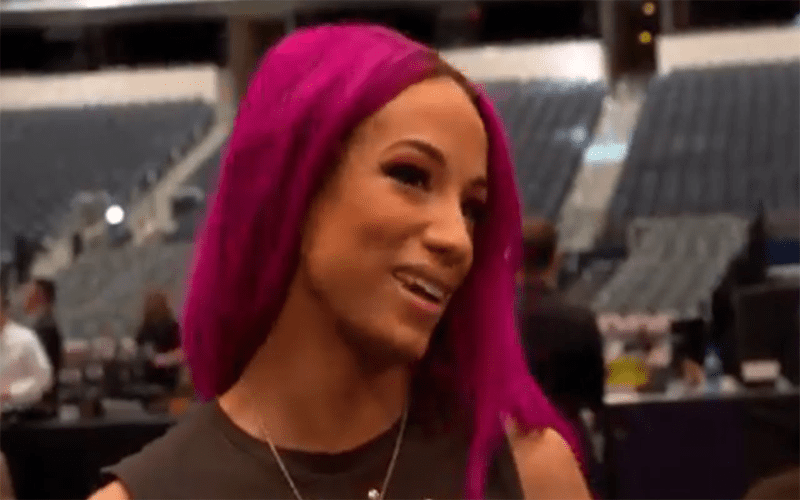 Sasha Banks walked out of WWE after WrestleMania because the company wouldn’t grant her a release after she quit. This situation hasn’t seemed to improve much and it is currently said to be in a stalemate status.

Banks was reportedly on the list for WWE’s European tour. Although some in WWE might have held out hope that The Boss could make the trip that was not the impression given backstage. In fact, fellow WWE Superstars were said to not be expecting Banks at all.

Fightful Select reports that those they spoke to did not give an impression that Sasha Banks would be on their European tour at all.

“Based on those we talked to, they were never under the impression Sasha Banks would be joining them on the European tour as speculated.”

Sasha Banks’ time away from WWE is getting pretty lengthy so far. At this point it’s safe to say that she has enjoyed her hiatus. Banks dyed her hair and had a chance to spend some relaxing time doing yoga with goats.

We can only hope that she will make a return soon enough because the company might just end up freezing her contract so she never gets her release.