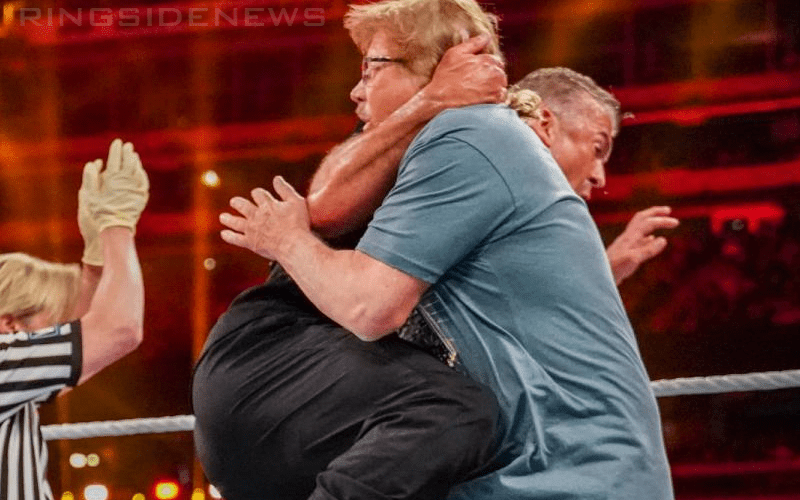 The Miz’s father George got involved in his son’s WrestleMania match against Shane McMahon in a big way. It was a very brave moment that actually wasn’t supposed to take place.

This interference from George Mizanin was also immortalized in some classic memes that The Miz loves.

However, as he spoke to Jobbing Out Podcast, Mr. Miz revealed that he actually busted a rib during his WrestleMania moment.

Shane told me to not get into the ring but to follow his lead with whatever happened. He was calling me into the ring and I knew I was not supposed to get into the ring but I went in. He gave me a knee in the rib and it actually broke one of my ribs. I give him a black eye and Miz had three staples put in his head that day. WrestleMania is the Super Bowl of wrestling and for all of this happen is nuts.

The Miz’s father really owned that WrestleMania moment. He took a knee from Shane McMahon that he might not have been ready for. After all, McMahon did call it all in the ring.

It was worth it though because he got to perform at the show of shows which is an honor few receive.