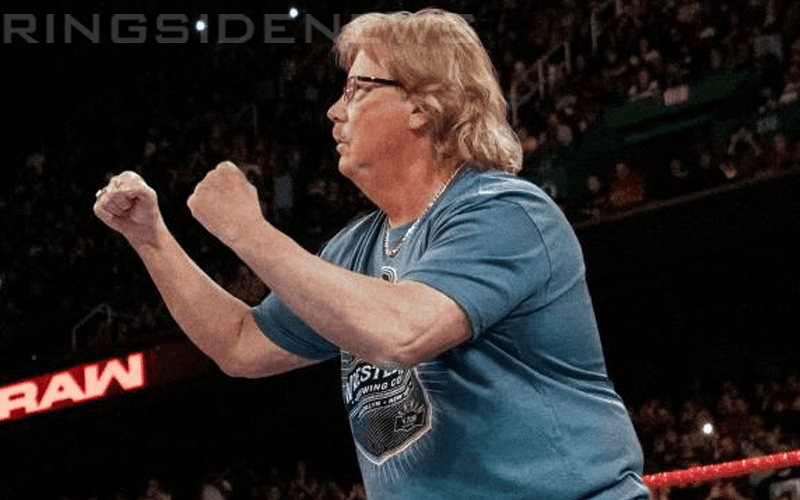 WrestleMania 35 included many moments that the WWE Universe won’t soon forget about. Some of those memories will live on forever in the form of memes, but none of them were as epic as the ones created for The Miz’s father.

George Mizanin aka Mr. Miz revealed on The Jobbing Out podcast that he wasn’t actually supposed to get in the ring at WrestleMania. However once he did decide to get in the ring, Shane McMahon told him to follow his lead.

“I wasn’t supposed to get in the ring [at WrestleMania].”

“And he was calling me into the ring. And I thought, ‘What’s going on? I’m not supposed to get in the ring.’ And I got in the ring and that’s where he actually knee’d me. I broke a rib. And I guess I gave him a black eye. And I guess Michael had three staples put into his head that day.”

It is a great thing that George Mizanin ended up getting in the ring. We got some great visuals and an idea that The Miz’s father is a tough man as well. This only went to help The Miz’s character legitimize himself as a babyface.

It would be nice to see George Mizanin again. After all, The Miz is pulling for his father to get official merchandise. We will have to wait and see, but maybe next time he will stick to the script 100%.

Quote thanks to Pro Wrestling Sheet