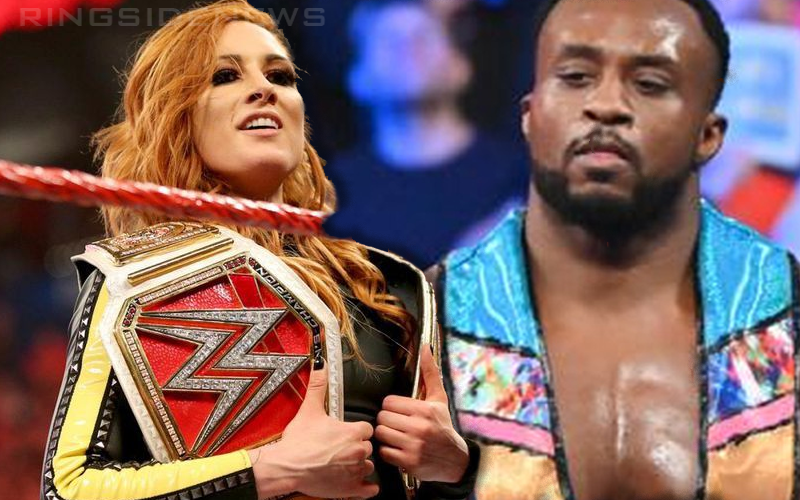 Big E is a huge fan of Becky Lynch’s mother. The Ma seemed interested in seeing what Big E had to offer too. This resulted in a lot of online thirst for The Ma.

Lynch recently sent out a message to all of her challengers. She said in this online message: “God help the one who tries to sperate The Man from her twins.” By “twins,” she was referencing her two titles.

Fans started calling Becky Lynch out on the spelling error of “separate.” However, Lynch was able to figure out a clever way to explain why separate was missing that first “E.”

After the last few days I left out E on purpose

This resulted in Big E posting an emoji of a man with a never-ending stream of tears flowing from his eyes. It was a pretty clever online burn even if Lynch didn’t make the error on purpose.