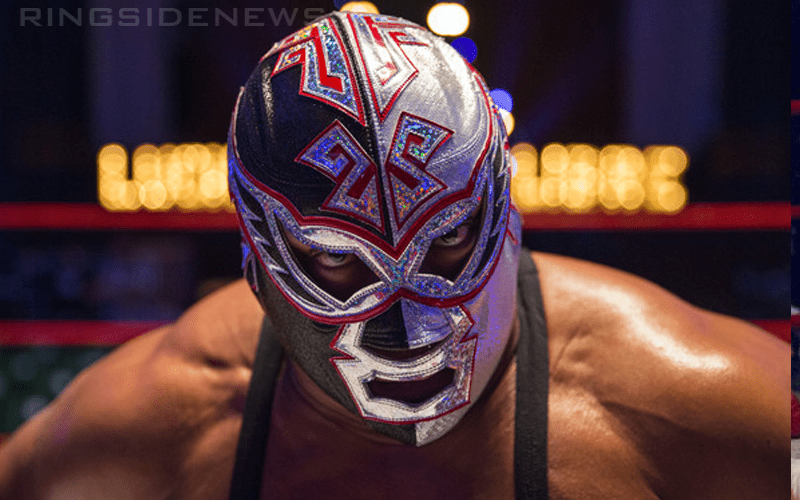 Silver King passed away during a match in London on Saturday night. It was a huge shock to the pro wrestling world as reactions flooded in. His death is a tragedy, but it could have possibly been avoided if he would have been tended to appropriately.

Dave Meltzer noted on Wrestling Observer Radio that there was no ambulance at the Lucha Libre World show. The fact is not many promotions can afford to have one available and in this case it had fatal results.

“You know there was no ambulance. You know this is one of those things where you know like the independent promotions and everything always get so upset and I understand why because you hire a doctor and you hire an ambulance on these shows with very low profit margin and all of a sudden you can’t afford to run a show. The flip-side is something like this which is you know very rare, but it does happen. It’s not like it’s never happened before. It is also very rare.”

“So this situation… [Silver King] basically collapses in the ring and Juventud Guerrera kicks him in the back.”

Bryan Alvarez noted that Silver King looked fine during the match. He didn’t appear winded or out of breath. He was just having a regular match and he just collapsed.

Silver King tried to get on all fours and then Juventud kicked him and he fell and did not get up. This is when Guerrera made the pinfall.

His death was a tragedy and we cannot express enough sorrow for all those involved. If there was proper emergency personnel available then things might have been different for Silver King. Instead, nobody was available to help him and the match continued.

“When something like this happens and we’ve seen it in WWE a million times. You just signal for the X when the guy is unresponsive — the show’s over. You don’t mess with anyone. The problem was that there was no medical attention there. There was no doctor there. So you know, but still, there were several minutes in the ring where he’s just laying there and even when the match is over and they count the pin he’s still just laying there for a long time.”

The fact is that Silver King should have been attended to immediately. However, the match continued. It is an incredibly sad situation that could have possibly been avoided.

Hopefully, this kind of thing never happens again and future events will learn a lesson from this tragedy. Silver King meant a lot to millions of fans around the world and he is sadly no longer with us. You never know how having an ambulance at the show could have helped save his life.