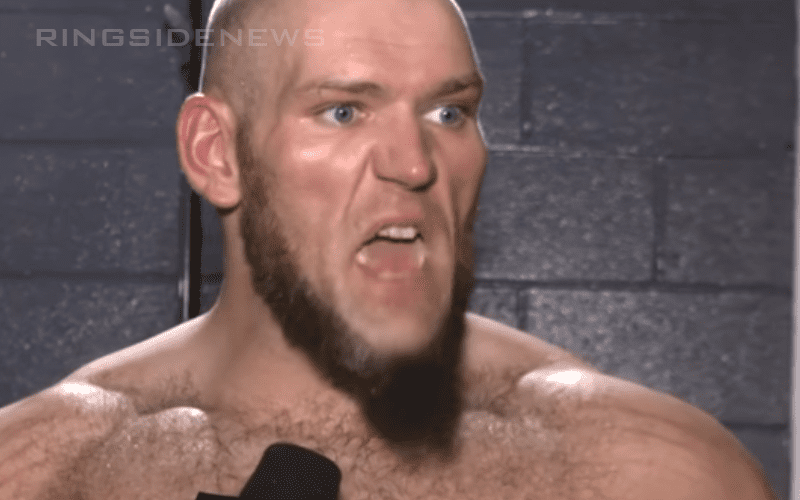 Lars Sullivan is poised to continue his massive monster push in WWE. He is currently sandbagging people all around the ring and the backstage area, but some comments he made years ago are coming back to haunt him.

Ringside News first broke this story on Thanksgiving day last year, but then the subject seemed to die down after The Freak had what was believed to have been an anxiety attack. This issue caused a big WrestleMania program for Sullivan vs John Cena to be nixed.

Now those statements are going viral once again. This time it is much harder to avoid.

Pro Wrestling Mag, a popular Twitter account in the Internet Wrestling Community posted a poll on Saturday morning asking: “Should Lars Sullivan be given a “free pass” for all the remarks he made in the past?” This has generated some serious responses already.

As of this writing, 78% of the 1,422 fans who took the poll said that Lars Sullivan does not deserve a “free pass.” This seems to be the overwhelming sentiment throughout the IWC.

Sullivan apologized to The New Day for those remarks, but he might need to do a little more than that. His public apology didn’t seem to do much in regards to changing fan perception either.

Now sponsors are getting involved as the Mars company — one of WWE’s biggest sponsors — said that they will have a talk with WWE about how they are dealing with this situation.

We will keep you updated on more news as this on-going situation continues to develop right here at Ringside News.

Ringside News also did our own poll on our official Facebook page and the results were pretty much the same with 73% of fans surveyed as of this writing saying that Sullivan doesn’t deserve “free pass.”