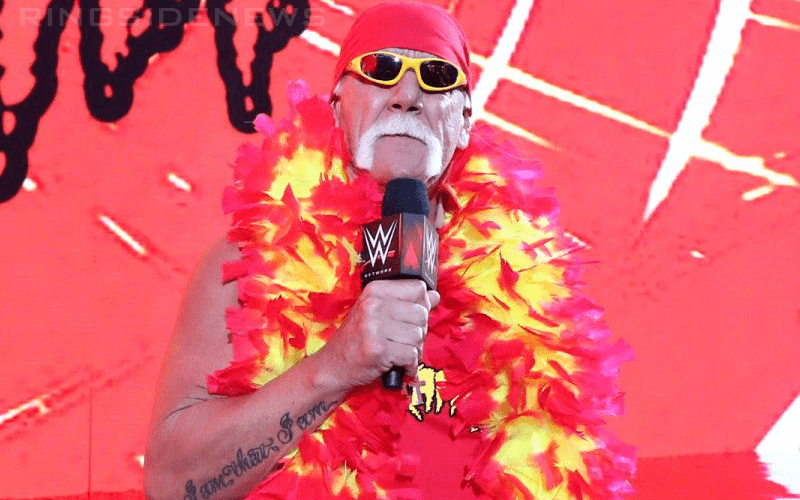 Hulk Hogan is a pro wrestling legend who was able to pull himself out of WWE’s “never talk about them again under any situation” list somehow. He also continued his tradition of misnaming WrestleMania locations again this year to celebrate his return to WWE. It is great that Hogan is back in WWE History, but he would rather add to his past accomplishments.

WWE likes to refer to The Hulkster as a twelve-time World Champion. That is because those reigns took place under companies that they at least own the footage for. However, Hogan was quick to point out that he is owed another notch on that title belt.

People always say I was 12 times champion but why does everyone forget that I was the first IWGP Heavyweight Champ, brother?! Make it 13 times Champ brother HH

WWE might not like to acknowledge NJPW history, but that’s another World Title reign for The Hulkster. So the next time WWE talks up Hulk Hogan’s accomplishments just know that you might not be getting all of the story.