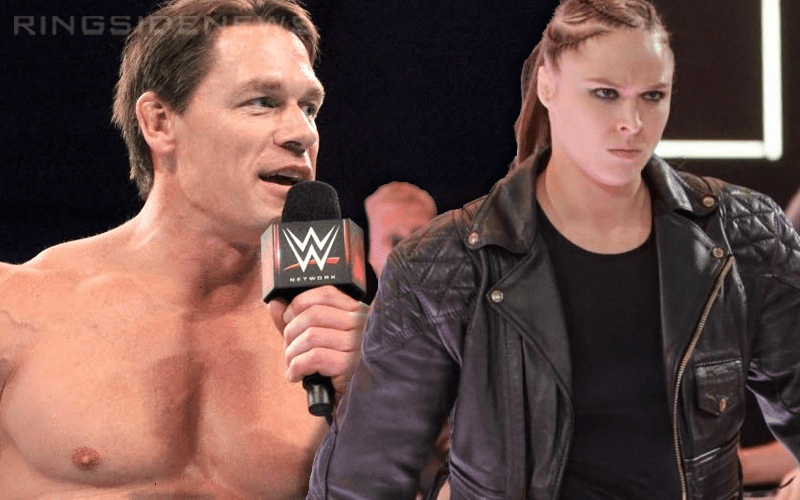 WWE has to cater to a lot of different masters, but in the end Vince McMahon is the only one who matters when it comes to storylines. The company has two huge television deals coming up in October so they need to be represented well in that regard.

NBC Universal (owner of the USA Network) and Fox are both having their television Upfronts on Monday. As we previously reported Ronda Rousey, John Cena, and more are expected to be in attendance for the Fox Upfronts. The Bella Twins will be representing WWE for the USA Network event.

WWE is calling some huge names to represent them for those events that don’t regularly appear on WWE television anymore. However, there is a very good reason for this because everyone else will be out of the country.

It was noted in the Wrestling Observer Newsletter that “with all of the main roster stars in Europe, the WWE had to go to non-current performers to represent them at the up fronts.”

WWE is currently on one of their European tours. This means that RAW will be prerecorded from London next week. Not only does that mean that you can expect full spoilers on Ringside News on Monday and Tuesday afternoon next week, but it also means that WWE needed to call other people to represent them for the television industry.