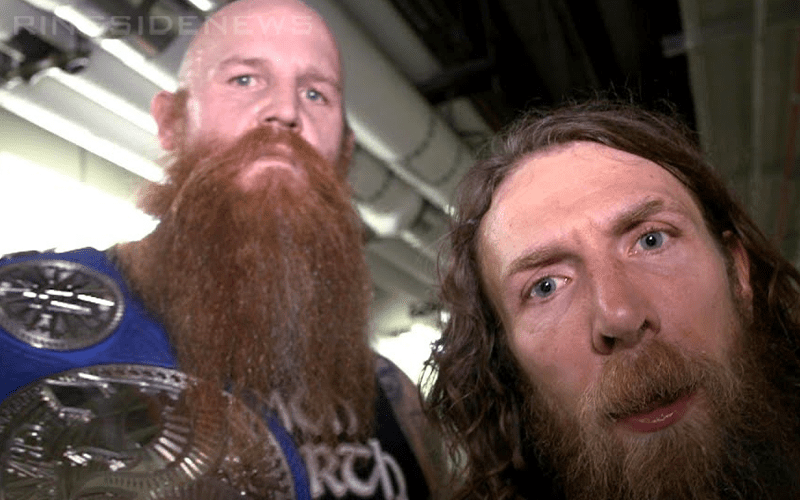 Daniel Bryan might be a total heel on WWE television, but he is still one of the best wrestlers alive today. The former WWE Champion dropped his title to Kofi Kingston and wasn’t seen since WrestleMania due to an injury, but he made his bit return this week.

Bryan wrestled twice on television this week. On Monday he failed to regain the WWE Title in a singles match, but on Tuesday he became 1/2 of the new SmackDown Tag Team Champions. This was a pretty interesting run of matches for the Bearded GOAT.

Brad Shepard said on Oh, You Didn’t Know that a very likely reason why WWE put Daniel Bryan in a tag team was to give him an environment to perform in that won’t be as dangerous so he can have someone help carry the load a little bit.

“So Daniel Bryan and Rowan win to give Daniel Bryan a rest I mean we can only presume he’s obviously coming off of neck and back injuries where he had a little time off and they put him with Erick Rowan who is a very large man, but also, very boring then you know it allows him to work those matches and get less physical and obviously that’s healthy for him right now.”

Bryan is coming off of an injury and WWE doesn’t want it re-aggravated at all. Therefore it is a good idea to keep Bryan in a tag team situation. However, he proved on Monday’s episode of RAW that he can still perform in a one-on-one match as well.

SmackDown Live also desperately needs tag teams. They were places in a pretty difficult situation when the Hardy Boyz had to relinquish the titles and even though Matt Hardy seems to be palling around with R-Truth now as they become punching bags for Lars Sullivan, it’s just not the same.

Hopefully, Daniel Bryan and Rowan’s run as a team will not only give the tag team division on the blue brand some time to recover, but also elevate everyone involved.