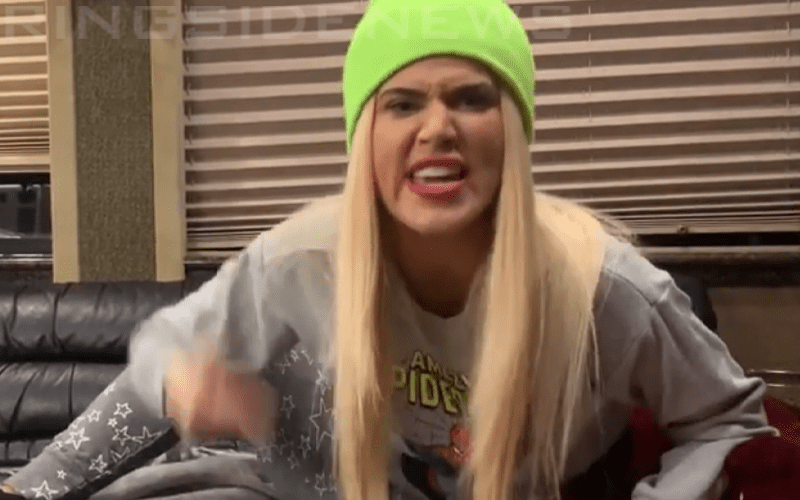 Lana is not featured on WWE television as much as she would like to be, but that might change soon enough. After all, she made a pretty straight-forward offer to WWE last night saying that if they want ratings then they should put her on television.

One fan didn’t seem to appreciate the fact that Lana offered her services to WWE in the way she did. After all, she simply alluded to the fact that her scantily clad body would bring in ratings.

This brave fan tweeted out to the Ravishing Russian saying: “Thats all u have @LanaWWE Have some respect for yourself put some clothes on. You know how many times @AlexaBliss_WWE takes a photo like that. Zero Zip Nada.”

Whether it was comparing Lana to Alexa Bliss or simply telling her to put some clothes on, something set her off in a big way. So Lana got plenty salty on this fan as she replied in very direct fashion.

Hey bud I have the ultimate respect for my body and that starts with not letting men like you tell me how to dress or how to talk. For centuries women were told how to dress, how to talk and how to act, NOT ANYMORE ! It is my human right to do as I feel.

Lana doesn’t sound like she’s looking for any tips about how to dress from anyone right now. She does gain a lot of attention and has been known to stop traffic with her photoshoots. However, if WWE is interested then they know how to reach her.