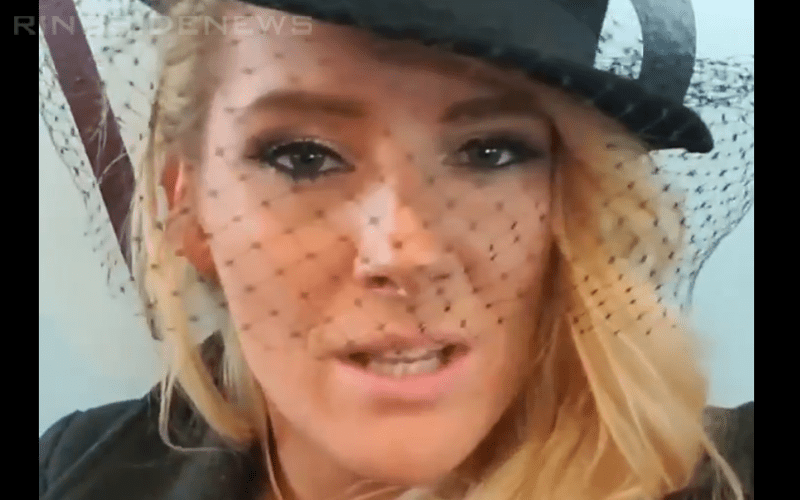 Lacey Evans really doesn’t care what fans say about her. In fact, if she gets a negative reaction then she is doing her job right as a heel. While she was waiting to board a plane out of the country Evans took some time to troll her haters right back.

Evans is set to face Becky Lynch at Money In The Bank and fans are giving Evans a very hard time. This apparently filled her timeline with nasties that she thought needed to be addressed by a Lady.

While acting like she was on the verge of tears, Evans asked fans what she ever did to earn their hate. Then she dabbed her fake tears with her passport and smiled. It looks like nothing fans will say can sway WWE’s decision to push her.

Only time will tell if Lacey Evans will gain enough of WWE’s confidence to actually capture the Raw Women’s Title at Money In The Bank, but she has just as good of a chance as any underdog. She is now on her way to participate in her first WWE European Tour and Lacey couldn’t help but to rub it in a little bit.

Vince McMahon has been high on Evans for quite a while. This coupled with the fact that she got a title match right out of the gate could be a sign that WWE still has big things in store for Lacey Evans.

In the meantime, her haters can keep trying to get under her skin.