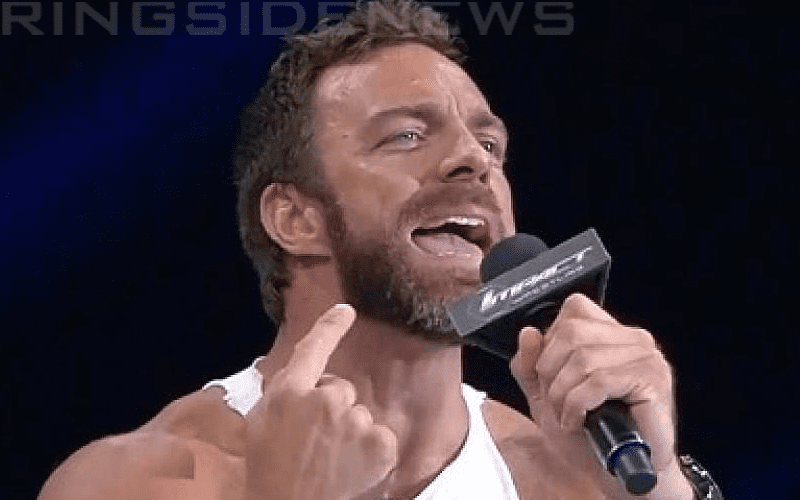 Eli Drake was terminated from Impact Wrestling in what the company is classifying as a breach of contract. This could mean that Eli Drake won’t be able to sign with any other company for a year unless he wants to fight it in court.

Not a lot was initially known about why Eli Drake was fired from Impact Wrestling, but now Fightful Select reports that it had to do with comments Drake made on the Wrestling Perspective podcast.

It is reported that the company didn’t appreciate how Drake said on the podcast that he was booked into oblivion. The Tessa Blanchard situation that we previously reported on was also said to be the final straw before “severing ties with Drake.”

Moose was reportedly set to take on Tessa Blanchard first, but he “balked at the offer” so Eli Drake vs Tessa was scheduled. Of course, Eli Drake didn’t wrestle Blanchard after he made it clear that he had no interest in doing an intergender wrestling match.

It was also reported that Eli Drake has had heat with the top executives since the new regime took over.

Eli Drake informed the company that he would not be re-signing a deal with Impact Wrestling back in January. Therefore, a lot of people knew he was on the way out. However, since his termination the company is still working on keeping him to a one-year no-compete clause.