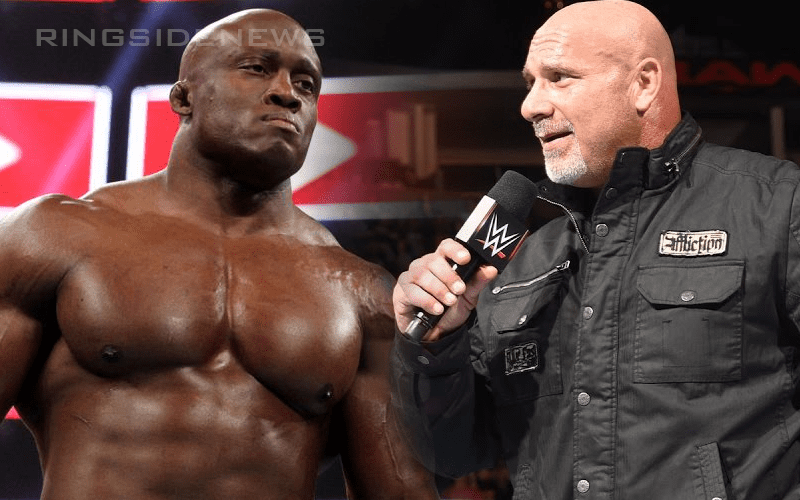 Goldberg is coming back to the ring for the Saudi Arabia event and if he is wrestling a match fans want to know who it will be against.

WWE sent out a list of possible names of people Goldberg could face, but it was just a complete list of everyone scheduled to be at the KSA event so far. Rusev also apparently threw a jab at Goldberg as did Randy Orton.

Both Rusev and Randy Orton would be fine heel opponents for a returning Goldberg, but Bobby Lashley is also another possibility. Not only do the two have similar styles and sizes, but fans have never seen them lock up in the squared circle either.

“So I hear Goldberg is coming back,” Lashley tweeted out along with a “thinking” emoji. This is indeed a very interesting message for him to send.

It looks like there could be a long line forming backstage of Superstars who want to lose to Goldberg in Saudi Arabia. Only time will tell who WWE chooses to get the spot.