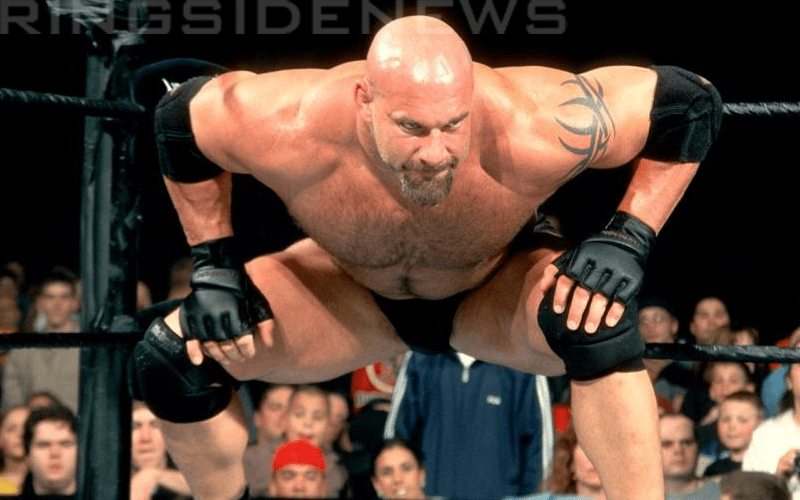 Goldberg is next as in he is the next WWE legend to get carted off to Saudi Arabia for a ton of cash. He is coming back to work a match for the next Saudi Arabia event and that has pretty much been implied without WWE saying it.

WWE’s social media team sent out a WWE Now video suggesting potential opponents for Goldberg this time around. Needless to say, some of these are interesting.

The Superstars that were name dropped included: Kofi Kingston, Seth Rollins, Roman Reigns, Undertaker, Braun Strowman, AJ Styles, and Brock Lesnar because they are all scheduled to be at the Saudi event as well.

We will have to wait and see if they book Goldberg in a match in Saudi Arabia and who it will be against. So far they have an all-star line-up headed to Jeddah this time around and it could be far less people than the Greatest Royal Rumble event last year.