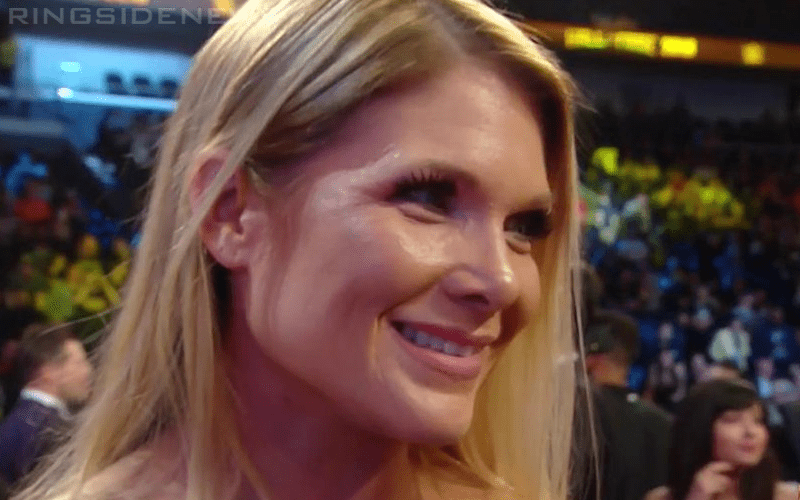 NXT has some of the brightest young Superstars in WWE and they also had WWE Hall Of Famer Beth Phoenix step in on commentary this week during the television tapings.

This week Beth Phoenix made her debut on NXT commentary and she sat through the entire night of tapings. Fans were excited to hear about this, but PW Insider reports that there is no word on whether this will be a permanent spot for the Glamazon yet.

Phoenix joined Mauro Ranallo and Nigel McGuinness on commentary replacing Percy Watson in the process. Watson did not appear at the tapings at all, but he is reportedly still with WWE.

We will just have to wait and see if WWE is moving Percy Watson to another role in the company. If Beth Phoenix remains on commentary she will be the first woman to regularly sit at the NXT commentary desk since Renee Young tried the spot years ago before being moved to an interviewer role on the main roster. Of course, Young is now on RAW every week on commentary so this could open some big doors for Beth Phoenix.

At this time, Phoenix is also slated to make a return to in-ring action during WWE’s upcoming European tour. So she might be wrestling and on commentary for a bit of time as well.