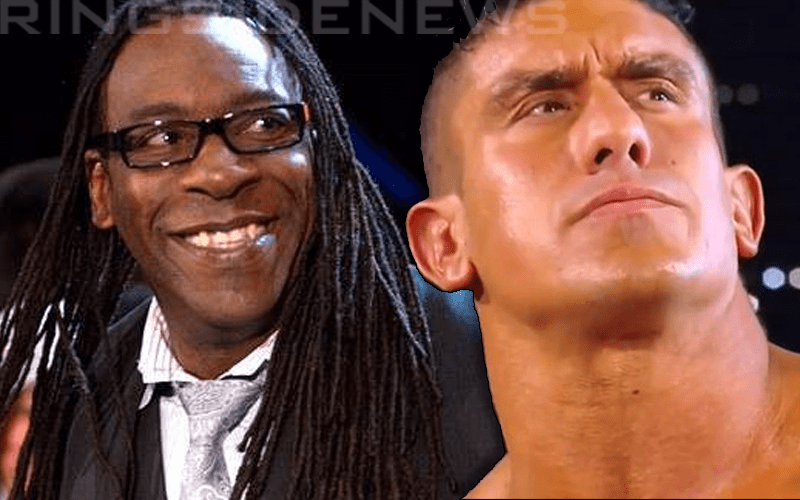 Dean Ambrose is no longer a part of WWE. He will always be included in the WWE family because he is on the alumni page, but The Lunatic Fringe is no longer an active WWE Superstar.

During Ambrose’s final few weeks on RAW, he took a couple of hard losses before Bobby Lashley put him through and announce table. One of the people who defeated Ambrose during that time was EC3 which was a great way to get Carter III over, but the company hasn’t done much to push him since.

Booker T mentioned EC3 beating Ambrose on his Hall Of Fame podcast when he suddenly steered the conversation toward burying EC3 for a bit out of nowhere.

They said that Carter hasn’t done anything but look at himself in a mirror, but that’s what he is booked to do. It is said that Vince McMahon isn’t high on him, so we will have to wait and see if he will be able to get The Chairman’s attention, but it has certainly been a slow start for EC3 on the main roster.

If you use the quotes in this article credit Ringside News, & thanks to Sean Davis for pointing this one out to us