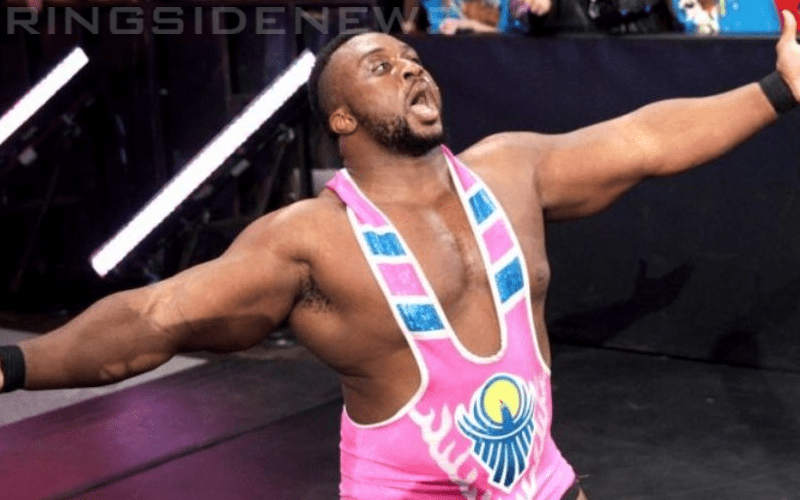 Big E is currently out of action after sustaining a knee injury. This came at a horrible time for the New Day Member, but it provided an excellent opportunity for Kevin Owens to take his place for 1 1/2 episodes of SmackDown before turning on Kofi Kingston.

E might be gone, but he is far from forgotten. His action figure even got some screen time during SmackDown Live this week. It also had a bandaged-up knee which was just great to see as well to give it that special Kevin Owens touch.

It has to be boring to not be on the road as a WWE Superstar after getting so used to all of the travel. So Big E is stuck at home and forced to entertain himself. The good thing for Big E is that’s not hard to do as he tweeted out.

Every day I fight the urge to tweet something wild, throw my phone into my backyard and run away.

That is a very strange urge to have. It could also be a great way to get away with tweeting something crazy only to blame it on your “urge.”

We also have to wonder what kind of running Big E is doing right now with a recovering kneecap.

Hopefully, Big E will be able to get back to action soon so he can have Kofi Kingston and Xavier Woods help him fight that urge to tweet out some foolishness before chucking his phone like a grenade.