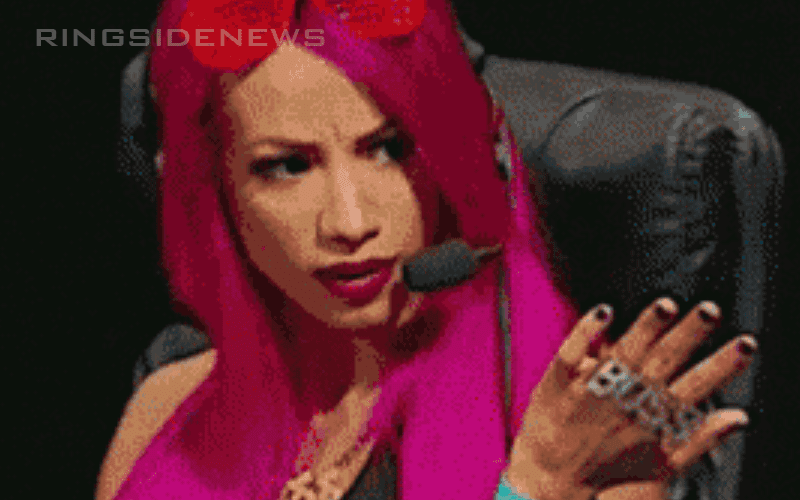 Sasha Banks wanted to quit WWE during WrestleMania because of how the company was booking her. She was slated to lose the WWE Women’s Tag Team Titles and then her partnership with Bayley was set to end as well.

However, it wasn’t just the fact that Banks was losing a title that upset her because it went much deeper than that. Instead, it was about what those titles meant on a much larger scale.

Mike Johnson revealed during PW Insider Elite audio what Sasha Banks’ argument was backstage at WrestleMania. This is the reason why she and Bayley displayed their displeasure with WWE’s booking decision and ultimately what cause Banks to take her current hiatus.

“The argument that we heard from Sasha Banks’ stand point was that the Women’s Tag Team Titles should have had more credibility established to them and that she and Bayley should have had a longer run with the belts in order to make them look more important they should have had the chance to go to RAW, SmackDown, NXT, and so forth.”

It is not hard to agree with that argument. WWE introduced a set of Women’s Tag Team Titles after years of people wanting to see them happen. Then they had Sasha and Bayley lose the titles after only one successful defense.

It would have been nice to see WWE take the new titles and put some credibility on them before the inaugural champions lost the belts. However, that was not the case and it was obviously something that Sasha Banks felt so strongly about that she wanted to quit the company which is a stalemate she still finds herself in today.