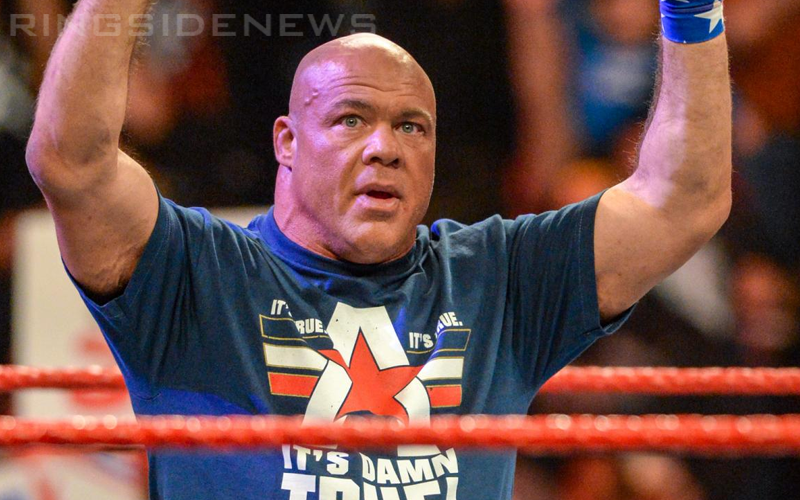 Kurt Angle wrestled his last match at WrestleMania 35 against Baron Corbin. The WWE Hall Of Famer ended his career looking at the lights during the show of shows, but his story isn’t finished with WWE.

Mike Johnson was asked on PW Insider Elite audio about Kurt Angle’s current status with WWE. The company still has him around, but they apparently just don’t have anything for him right now.

“He’s still under contract. I’m sure they could use him as an ambassador or something along that nature. I have not heard of him appearing in any regular role going forward.”

Kurt Angle and The Undertaker were both pulled from the Starrcast event. This was due to WWE haven’t a clause in their contracts saying that they can restrict outside bookings if they so desire.

We will have to wait and see if Kurt Angle does make a return to WWE television. There are plenty of roles that he could play other than an active competitor. If we don’t see him very often at least WWE has him available if they do come up with something for him.