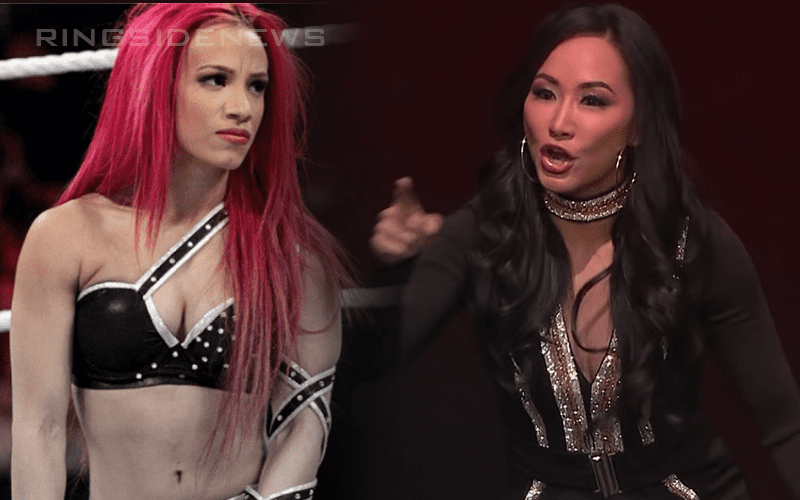 Gail Kim knows a thing or two about what it is like to be in WWE and how frustrating that company can be to operate in. After all, she eliminated herself from a battle royal before walking out of the company herself to ride out her contract at home once upon a time.

Sasha Banks could very well be doing the same thing with WWE as she told the company that she wanted to quit over WrestleMania weekend, but the company won’t let her.

Gail Kim recently spoke to Wrestling Inc where she explained how she feels about the current situation going on between Banks and WWE.

“I’m always on the talent side. I’ve been in a similar position but not that amount of time left on the contract. I quit with seven weeks left on my contract and they didn’t even want to let me out of that seven weeks.”

“If I wasn’t a valuable talent to them, it doesn’t even matter if I jump to another wrestling company. Because who was I to you? Nothing, right? I just thought it was a major control issue within them. I think the employees that are unhappy should be let out of their contracts.”

We will have to wait and see how Sasha Banks’ situation plays out. She is said to have supporters and detractors backstage, but it is a subjective situation.

Gail Kim can obviously understand how frustrating it can be to be in Banks’ spot which leads her to believe that the company should let Superstars out of their independent contractor deals if they want out.