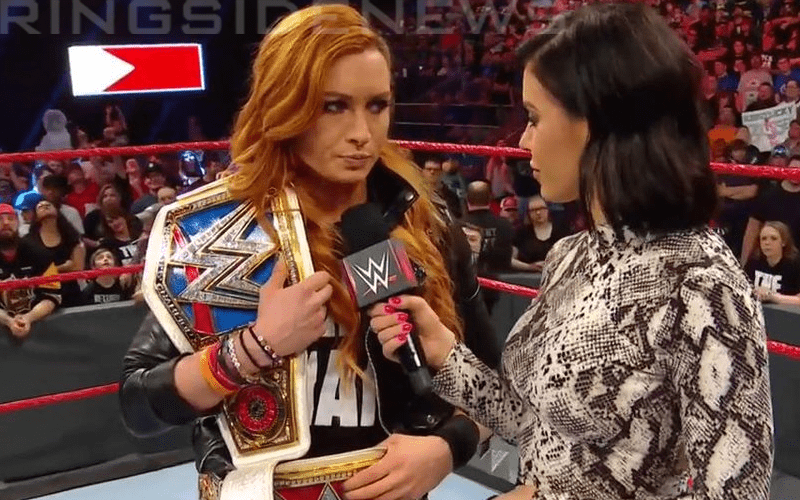 Lacey Evans didn’t come out to the ring this week on RAW wearing a dress as usual, because the Lady Of WWE was ready to fight. She had her ring attire on and went straight at Becky Lynch.

They had to do a pull-apart because that’s what WWE does best. Becky and Lacey got their hands on each other in some instances, but the WWE officials did a pretty good job keeping them separated.

During the chaos, The Man yelled at The Lady to “why don’t you go make me a sandwich?!” It wasn’t said into the microphone so some fans might have missed it in the melee. However, when Lynch discovered an animated gif of the quote, she had to take another dig.

Do what The Man tells you

This was a pretty sexist remark for Lynch to make, but since she’s actually a woman does that cancel it out?

Either way, it looks like those two are far from finished tearing each other apart leaving us to wonder if Money In The Bank will really be the end of The Man vs The Lady.