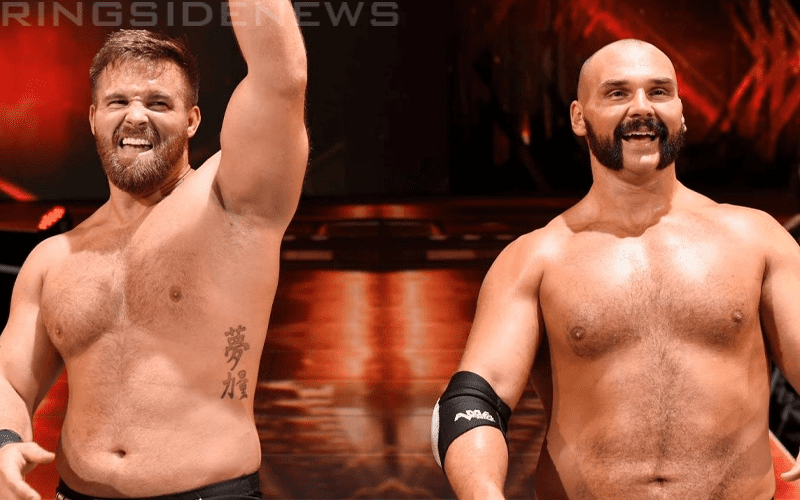 The Revival were unhappy enough with WWE to ask for their release from the company. They were denied an exit and instead given a push as promised. The Top Guys might have lost the RAW Tag Team Titles at WrestleMania to the still-champs Zack Ryder and Curt Hawkins, but WWE wants to keep Dash Wilder and Scott Dawson around.

Jim Ross stated on Busted Open Radio that some “undercard guys” were getting $500,000 a year offers to stay in WWE. Now we have a good idea who it was that got that kind of money and there is no telling who else might have been able to get that kind of contract as well.

Fightful reports that WWE offered Dash and Dawson five-year contracts worth $500,000 a year. If you’re doing the math, that is $2.5 million in the next five years combined.

Those might be great deals, but they’re not biting yet. Neither member of The Revival have reportedly accepted those deals as of this afternoon. The feeling is that they don’t plan on taking them either.

The Top Guys might be out for real when their contracts are up. However, the company does reportedly have a meeting set up with them later today so many they might be able to work something out.