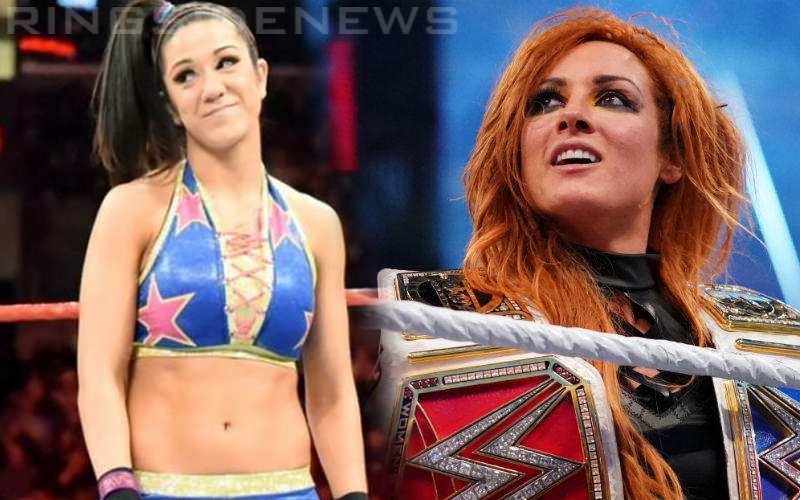 Bayley was moved to SmackDown in the Superstar Shake-Up to cement a breakup of the Boss n Hug Connection. She already has her eyes set on The Man.

The former WWE Women’s Tag Team Champion wanted to be become the SmackDown Women’s Champion, but she lost to Charlotte Flair in a #1 contender’s match this week. This happened before Bayley tweeted out:

“Smackdown is going to be good for me”

Becky Lynch saw this tweet and had to rub a little salt in the wounds. She is obviously using social media to keep hope alive that a Lynch vs Bayley match could be on the way. After all, Becky isn’t too happy about having to face Charlotte Flair yet again.

You not winning on #SDLive really raised my ire a lot inside my body. Let’s have a rough match of wrestling soon, where I hope I don’t hurt your feelings in the buildup. K? Bye.

We will have to wait and see what happens in this scenario. With Money In The Bank coming up on May 19th, Becky Two Belts has an extra target on her back if she can make it through the entire scheduled pay-per-view as champion.