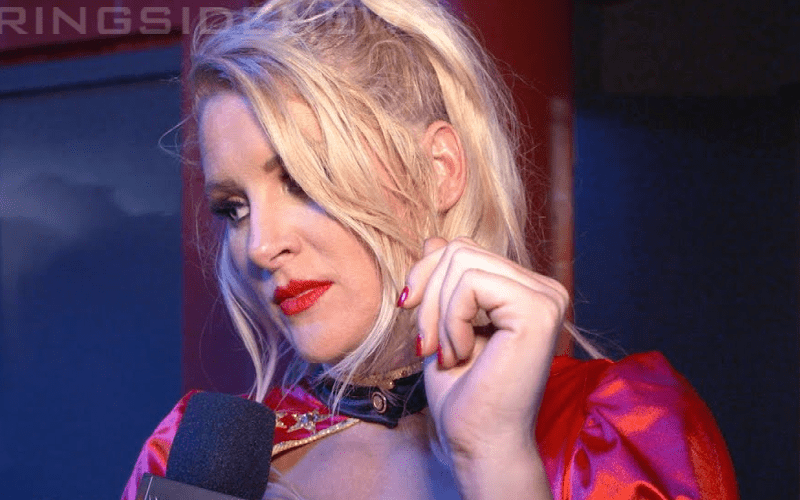 Lacey Evans earned a RAW Women’s Title shot at Money In The Bank. She is very confident, but Becky Lynch might have other plans for Evans.

The Lady Of WWE recently posed a simple question to the WWE Universe. She wanted to know which color she should wear at Money In The Bank. Because one color would match her eyes, but the other would match the title she’s about to take.

Should my #MITB gear match the #RAW title I’m about to take….or blue to bring out the color of my eyes

Needless to say, the IWC let Lacey Evans have it. One fan said she needs to wear green because that’s what she is while another suggested that she wrestle naked because she’s not winning any title at Money In The Bank.

WWE has surprised us before when it comes to the Women’s Title, or have we forgotten that Carmella was the SmackDown Women’s Champion? During her reign as champion, Mella was able to prove a lot of her doubters wrong. You never know if Vince McMahon’s vision for Lacey Evans could be in that same line of thinking.

The Internet Wrestling Community doesn’t seem to to think so.