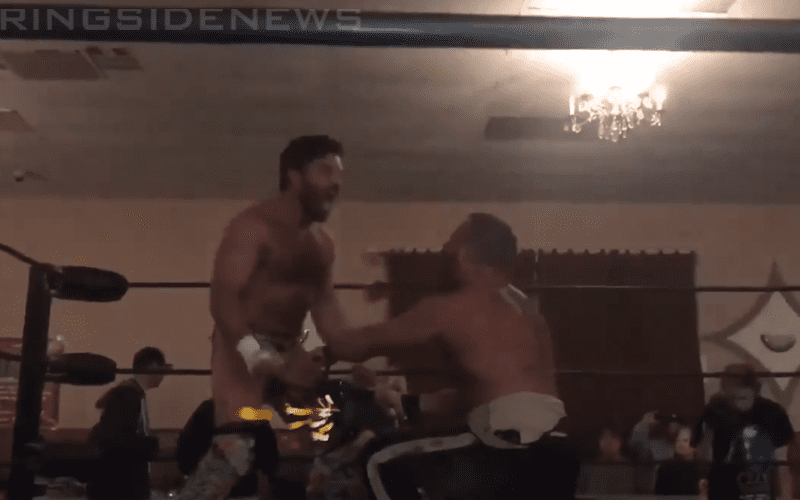 The pro wrestling world is full of unpredictable moments and this is certainly one of those. Joey Ryan is known throughout the world for the strength of his private area and he recently put that to the test in a big way.

Buck grabbed a chainsaw and then he went in the ring to apply the foreign object to Joey Ryan’s package. Sparks were flying and Ryan ended up defeating this underhanded attempt to gain an advantage.

As you can see from the video of this spot it got pretty real, and yes we are well aware that this was a work. It doesn’t change the fact that it was still a pretty inventive spot for the King Of Dong Style.