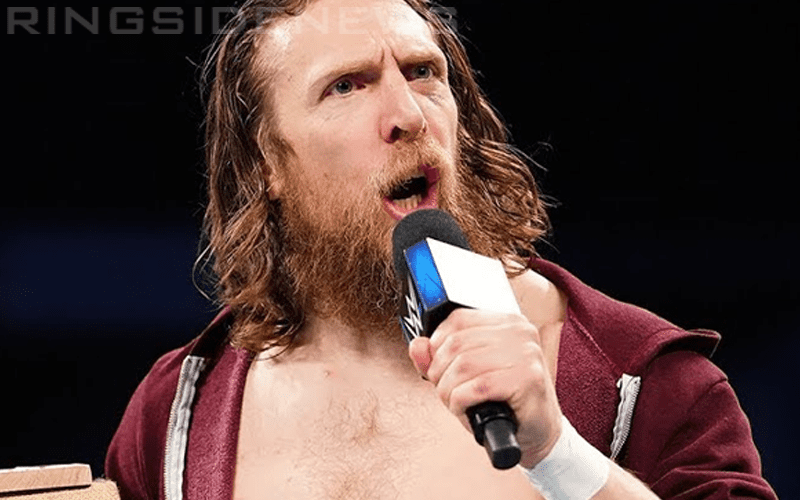 Daniel Bryan lost the WWE Title to Kofi Kingston at WrestleMania 35 and since then he hasn’t been on television. Bryan was sent home following his match in MetLife Stadium and has not showed up to any events since.

Fans were obviously worried about Daniel Bryan because he had to retire for two years due to concussion issues. He returned to the ring last year before WrestleMania so his latest run has only been a year in the making.

Brad Shepard discussed Daniel Bryan’s current WWE status during Oh, You Didn’t Know. Although he can’t go into much detail, at least Shepard was able to squelch the rumor that something is wrong with the former WWE Champion’s head.

“So you may have heard the report that Daniel Bryan has an injury. He hasn’t been on TV. This situation is intentionally being kept very quiet at a specific person’s request and unfortunately I can’t go into any further detail except to say that he’s injured. It’s not his head. It’s not overly serious, but it is bad enough for him to take some time off.”

Daniel Bryan’s injury status still might be a real situation, but at least it isn’t his head. Because when Bryan was reported to be injured a lot of fans automatically feared that he suffered another concussion meaning he could be forced to retire for good this time.

Bryan had a good run as WWE Champion and reinvented himself in the process as The Planet’s Champion. His absence might not be the best thing for Rowan as he hasn’t been on television since WrestleMania either, but at least it is said that Daniel Bryan’s injury isn’t overly serious.