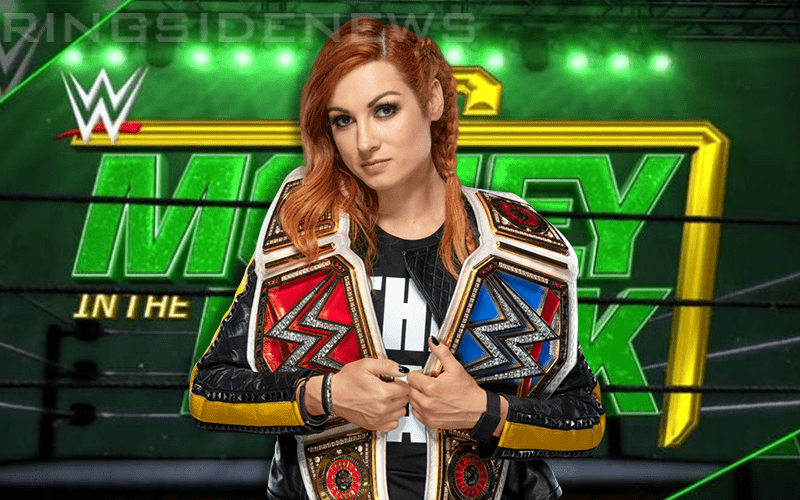 Becky Lynch is appearing on both RAW and SmackDown Live now defending two titles. However, that will obviously change eventually because nobody can remain a champion forever.

Lacey Evans is the #1 contender for the RAW Women’s Title and will face The Man at the Money In The Bank pay-per-view. Lynch has no official match for the SmackDown Women’s Title set up quite yet. That is likely to change very soon.

Dave Meltzer mentioned on Wrestling Observer Radio how that could very well change for Becky Lynch at Money In The Bank. Because The Man is slated to wrestle twice on May 19th.

“As of right now she’s got two matches on the pay-per-view. One for the RAW Title and one for the SmackDown Title.”

It was noted that he wasn’t sure why Lacey Evans said she would be walking out of Money In The Bank with both titles because The Man will be working double duty on May 19th.

Being Becky Two Belts might be very tiring for Becky Lynch eventually. It will be interesting to see how long WWE will keep it up with Lynch working twice during every pay-per-view.

It should also be noted that Lynch will reportedly be exclusive to the RAW brand after she loses her titles. Using that logic we can only assume she will be dropping the blue brand’s title if she loses either of them at MITB.