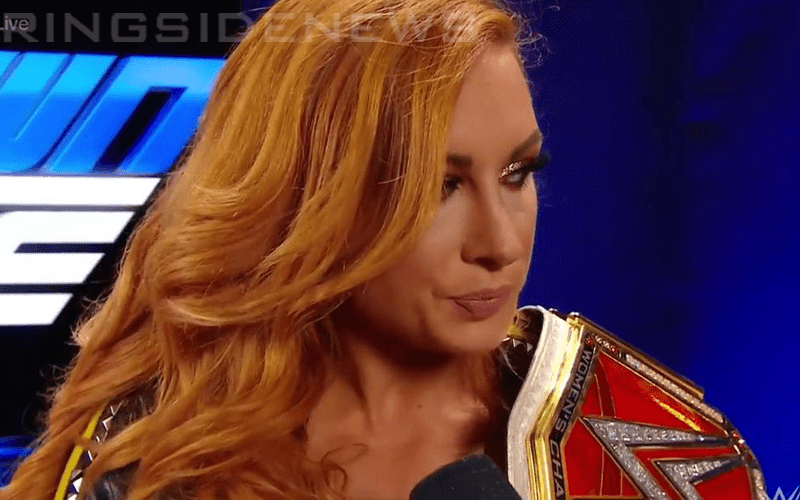 Charlotte Flair likes getting her way and she had a lot to say on SmackDown Live this week about Becky Lynch.

If you would like to know everything that happened on SmackDown Live this week you can get our live results here.

Flair came out and talked about how Becky Lynch pinned Ronda Rousey at WrestleMania (sort of). Essentially, Ronda Rousey lost the SmackDown Women’s Title for Charlotte with that pinfall. That is exactly what happened because those are the rules of a triple threat match.

Then Becky Lynch came out after being demanded by Flair. She wanted an explanation of why she thinks she has the right to be Becky Two Belts.

Bayley came down and challenged Becky Lynch. Flair didn’t like that so they had a number one contender’s match which Charlotte won.

May 19th might be a long night for The Man, but she is very confident in herself.