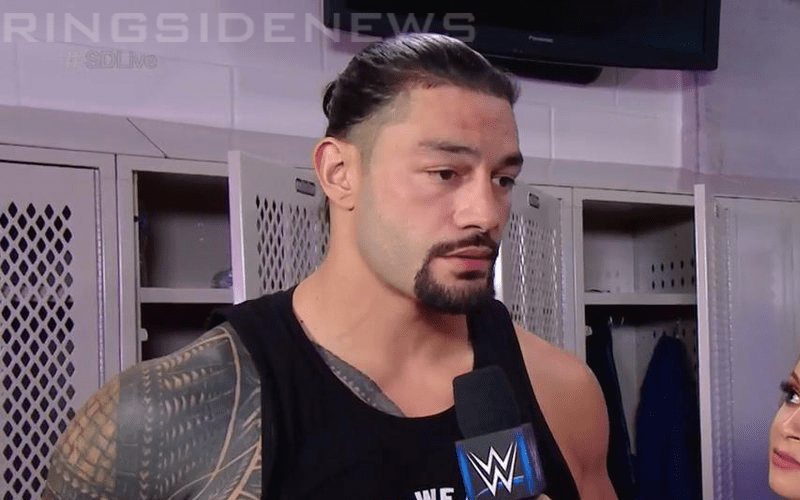 Roman Reigns is positioning himself on SmackDown Live after being sent over during the Superstar Shake-Up. He isn’t going for the WWE Championship because he has a Drifter to take care of first.

If you want our entire SmackDown Live results you can get those here.

Shane McMahon kicked off the show by calling out Roman Reigns. Then Elias got involved. There was a brawl and Roman ended up taking a beating from Elias and McMahon.

Later on, Elias was shown backstage singing a song about Roman Reigns while challenging him to a match at Money In The Bank within the lyrics of the song. Elisa and Shane McMahon left in a limo before Roman Reigns could respond to this challenge.

Roman would later accept this match for Money In The Bank. So it is on between Elias and Roman Reigns on May 19th.