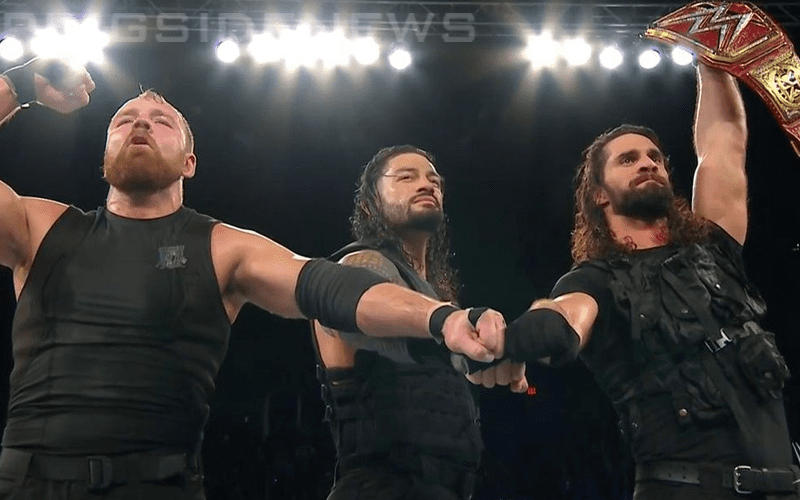 The Shield teamed up for the final time on the WWE Network in a special that aired live from WWE’s house show in Moline. The fans in attendance were very much behind the Hounds Of Justice and not just because they were minutes away from Seth Rollins’ home.

The Shield’s Final Chapter special concluded with Ambrose cutting a passionate speech encouraging the WWE Universe not to give up on their dreams. He said if anyone tells them that they can’t do what they want then they should throw up a middle finger because The Shield said so.

After the final match was over and the WWE Network special concluded, PW Insider reports that The Shield stuck around for a little bit. Seth Rollins, Roman Reigns, and Dean Ambrose hung out at ringside and greeted fans. Renee Young also took this opportunity to give her husband Dean Ambrose a kiss at ringside.

Before they left, the three WWE Superstars formed another Shield triple fist bump before finally exiting the arena. It was a pretty special night for all involved and only time will tell if it will indeed be the final appearance of that legendary stable in its original form.