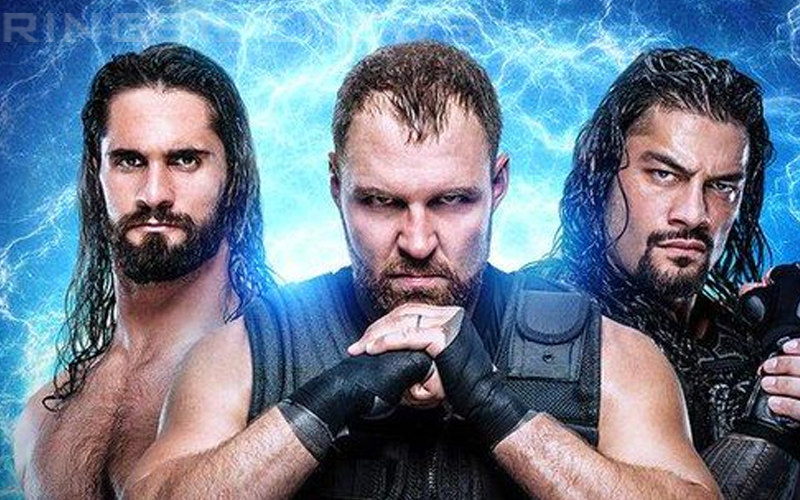 Elias and Finn Balor kicked off the special with an IC Title match. Elias sang a couple of bars about how terrible of a place Moline is before Finn Balor came down. Then Finn decided to sing about how much Elias sucks instead of putting him over.

Finn Balor ended up retaining the IC Title after a short match, but it was enough to upset Elias. So The Drifter decided to get back on the microphone with his guitar. The Riott Squad came out and wanted to help sing along.

This was not only The Shield’s final performance, but also The Riott Squad after Liv Morgan was sent to SmackDown Live. The Riott Squad intentionally did not have the most pleasing singing voices.

Bayley and Ember Moon made their way to the ring next and a tag team match was started. Liv Morgan, who will be going to SmackDown Live next week sat out this match as Sarah Logan and Ruby Riott tagged together.

It didn’t take long for Ember Moon to hit an Eclipse on Ruby Riott and win the match. This marks the final match for the Riott Squad as a trio even though it was a traditional tag match. They still didn’t pull down the win.

Then it was time for the main event. This was a house show so things moved rather quickly with the three-match special.

Before The Shield came out, they cut an old-school promo where they held the camera just like they used to. Dean Ambrose said “come hell or high water they are going out their way.” Roman said: “Believe that” and Ambrose said, “Believe in The Shield.”

Drew McIntyre, Bobby Lashley, and Baron Corbin invaded a Lucha House Party match previously in the night and they showed a clip of that. They said what they did to the Luchas was nothing compared to what they are going to do to The Shield. This classic heel tactic drew some considerable heat from the Moline crowd.

It was very interesting how Lio Rush did not accompany Bobby Lashley to the ring for the main event match.

During The Shield’s final match, Renee Young disclosed that Seth Rollins was at her first date with Dean Ambrose which was a great nugget of information.

The Shield tagged in and out as they worked on the heels. This tactic worked and Ambrose hit McIntyre with his signature dive through the ropes possibly for the last time. Then Corbin and Lashley put the boots to Ambrose on the outside to bring the heat back a little bit.

The Shield came back as they rallied and then the heels took control for a bit. Then Reigns hit a spear, Rollins nailed a stomp, and Ambrose hit a Dirty Deeds on Baron Corbin before hitting a Shield Triple Powerbomb for the final time to secure the win.

After the match was over, “Thank you Dean” and “Thank you Ambrose” chants broke out as Dean laid in the corner and gave the “hang 10” sign. This was followed by plenty of “please don’t go” chants. Seth said, “Don’t you guys don’t think we haven’t tried that already?”

Rollins said he couldn’t have won the Universal Title without The Shield. Then Ambrose grabbed the microphone and said that everyone should look at them as an example because anyone can do whatever they want in life if they bust their ass. He said Rollins being champion is proof that you can achieve your dreams and you can also look at Roman Reigns who overcame leukemia.

Dean Ambrose said The Shield is all about kicking down doors and not taking no for an answer. Then he said if anyone says that they can’t do something to stick your middle finger high up in the air and march forward because “The Shield said so.”

It was very interesting how they offered the microphone to Roman Reigns, but he motioned saying that he’s good.

The “Thank you Ambrose” chants continued as The Shield did their three-way fist bump for the final time.