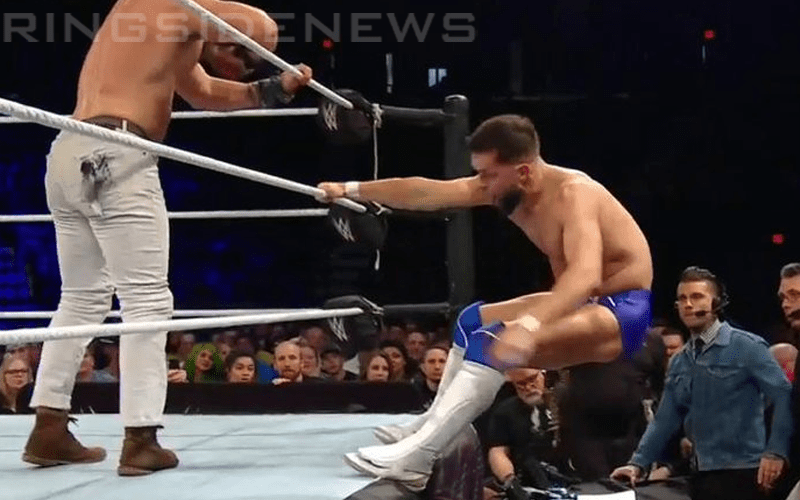 The Shield had their final match as a faction on the WWE Network tonight live from Moline. However, before the big final match started they had an IC Title match for the fans.

Elias and Finn Balor are both on SmackDown Live now as is the IC Title. So this RAW house show essentially got a SmackDown special featured attraction title match.

The match between Finn Balor and Elias wasn’t all that long, but it was extended by a few seconds after the finish was botched. If you were watching the special live then you could tell what happened, but Mike Johnson confirmed that this didn’t look right at all during PW Insider Elite audio.

“They ended up with a wacky finish there where Balor went to the top. Elias knocked him off, they battled over the announcers [who were right at ringside] Balor hit a sunset flip over the ropes into the ring, pulled Elias down 1-2, but the count was a little fluky and you could tell that was supposed to be the finish out of nowhere. Something went a little awry so immediately he jumped up, grabbed Elias, took him down in sort of a crucifix and 1-2-3 Balor got the pin out of nowhere.”

So if you were watching the IC Title match during The Shield’s Final Chapter special and thought that the match seemed a little bit off then you were not seeing things. Because we certainly noticed it as well as our good friend Mike Johnson.

You can see footage of the botch embedded in the video below.