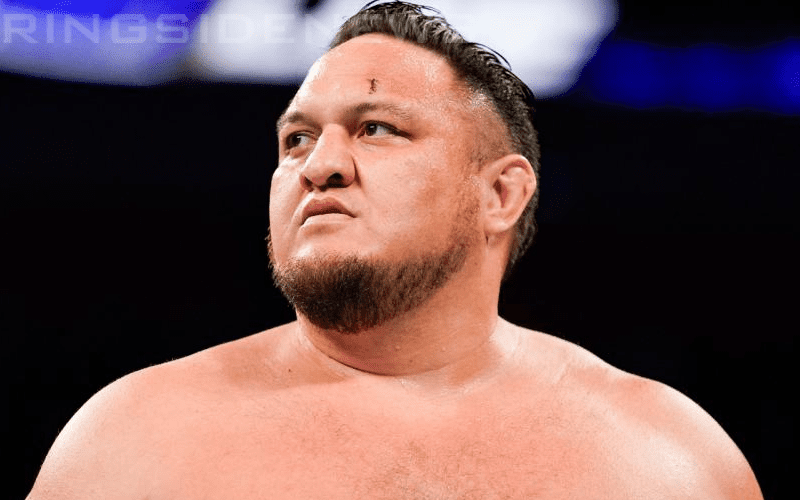 Samoa Joe did not attend either night of the WWE Superstar Shake-Up last week. He was backstage at RAW, but he was very sick from the flu. In fact, it was said that Joe was so sick he was barely able to function.

It appears that WWE is going to carry on with their plan to place Samoa Joe and the WWE United States Title on the red brand. He was slated to appear last week and work a segment with Braun Strowman, but that couldn’t happen for the reasons stated above.

Bryan Alvarez noted on Wrestling Observer Live that Samoa Joe is backstage at RAW this week. We will just have to wait and see how WWE books their way out of this situation.

“I believe that Samoa Joe is on RAW. He’s there. He’s scheduled to be on the show so that’s the latest on Joe.”

Andrade and Zelina Vega were both quietly moved back to SmackDown Live this morning on WWE’s website. It appears that Aleister Black might have been moved to the blue brand as well thus breaking up his partnership with Ricochet.

This could be very interesting, especially if WWE keeps moving Superstars around. Because now we really don’t know what to expect next.