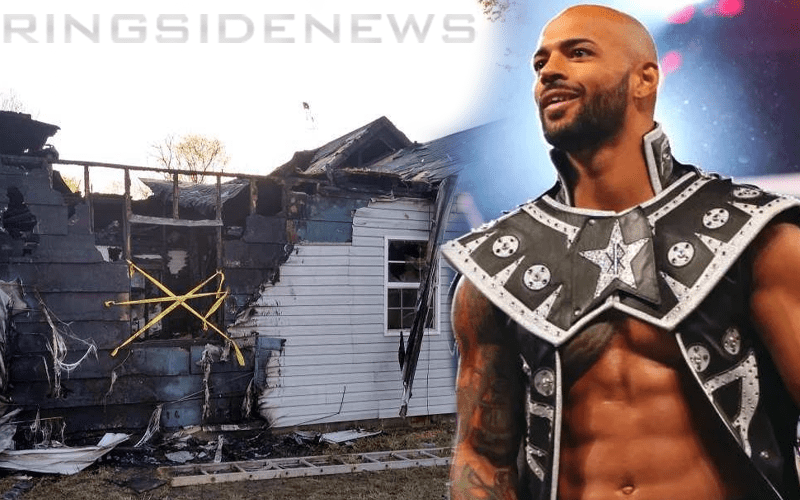 Ricochet’s mother discovered that her house was engulfed in flames one week ago today. The WWE Universe showed up in a big way and raised a bunch of money for them through a GoFundMe that Ricochet set up and donated $2,000 to, but his family in NXT wanted to do more.

Several NXT Superstars will be auctioning off some pretty sweet memorabilia that you would be hard-pressed to find anywhere else. All of the money is going to Ricochet’s family in their time of need.

To participate in The Ricochet Family Fund, visit the eBay page here. Auctions start tonight and end on Monday, April 29. See the start times for each NXT Superstar below. Each Superstar’s auction will end precisely one week after its start time.

There are several top NXT Superstars who have donated for this drive. So far there are a few items up for auction such as a signed Kassius Ohno jersey and Dakota Kai has a signed t-shirt up for auction as well. There is also an official WWE referee shirt signed by Drake Wuertz.

They will be posting several auctions throughout the night on Monday and the auctions are set to last a week. Hopefully, this will raise a good amount of money.

You can check out the people involved and what times their items go up on the auction block below. Here is the link once again.