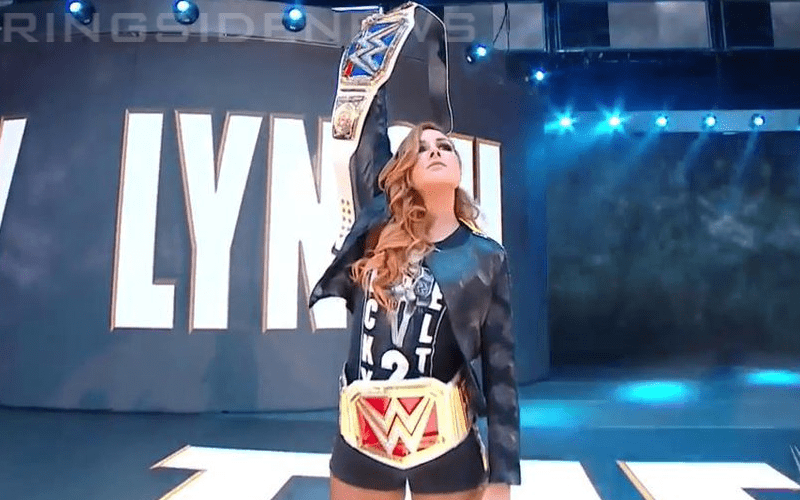 Money In The Bank is coming up on May 19th in just four short weeks. Now that the WWE Superstar Shake-Up is over the company can finally get around to booking the pay-per-view.

Lacey Evans earned a #1 contender’s match on RAW last week as she beat Natalya. In fact, the Lady Of WWE squashed Natalya’s ribs with a moonsault in the process. It was an impressive singles match debut on RAW and Evans has been gloating all week about the victory.

Before Becky Lynch faced Alicia Fox on RAW this week, Lacey Evans came out to break up The Man’s promo time. Evans said that she will win both titles from Lynch at Money In The Bank during her time on the microphone.

This is interesting because Lacey Evans vs Natalya was said to be specifically for a #1 contender spot for the RAW Women’s Title only. Now Evans is saying that she will be taking both titles from The Man.

It was also confirmed that their match will be held at Money In The Bank making this title match the first contest booked for the upcoming pay-per-view event.