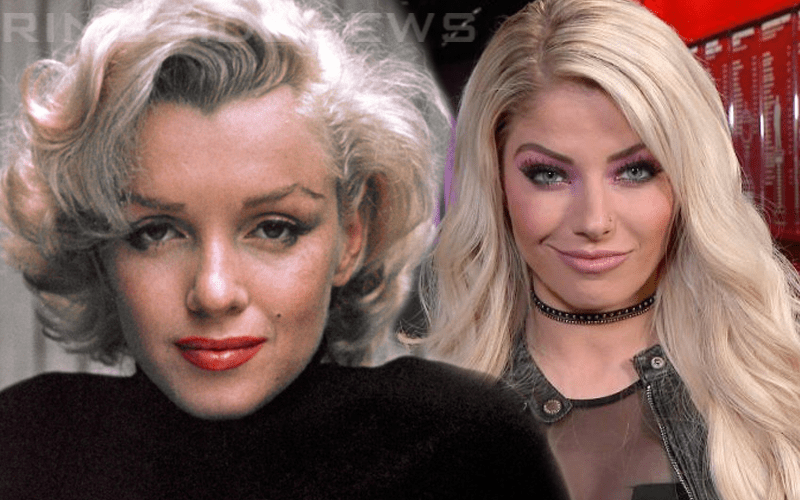 Alexa Bliss’ character on WWE television is a rather complicated one. She can pull off a heel line and a babyface one in the same promo and make everyone wonder who’s side she is really on. This mystique to her intentions is something that often makes her such a bad girl on WWE television.

As host of A Moment Of Bliss, the former 5-time Women’s Champion is able to be a real factor in storylines that she wouldn’t have been able to participate in any other way. However, that sometimes heel persona is not who she is in real life at all.

While speaking to SI, Bliss revealed how Marilyn Monroe was such an inspiration to her by being able to “turn on” her character and transform into someone totally different at the drop of a hat.

“I love Marilyn Monroe, and there is a scene in ‘My Week with Marilyn’ where she is this shy, timid person. Then she turns to the guy next to her and asks, ‘Do you want to see me be her?’ So she turns into Marilyn and her entire demeanor changes—and everyone recognizes her. That’s what I think of Alexa Bliss: she is not me, she is the complete opposite of me.”

Alexa Bliss might keep people guessing, but when she works in the ring her heel demeanor is often seen most.

It is interesting how she garnered such an influence from the legendary sultry symbol like Marilyn Monroe to give her direction, but sometimes people find inspiration in places you wouldn’t think about.