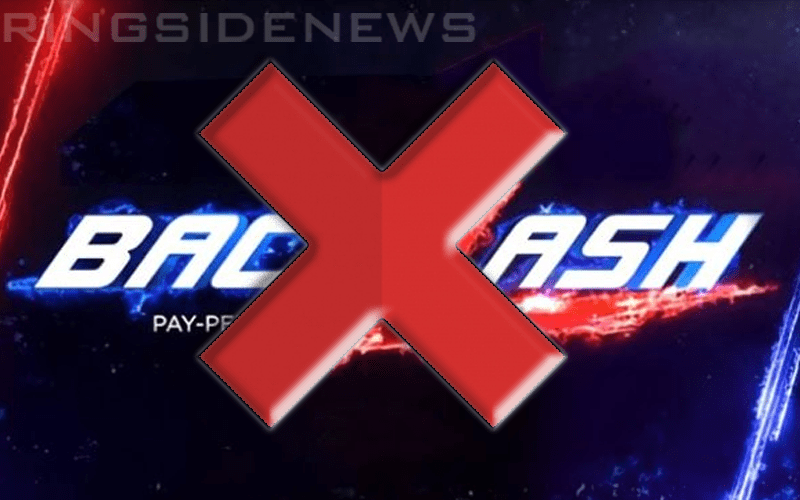 WWE released a calendar of events earlier this year as part of a court case to keep bootleggers from selling merchandise around their events. They ended up securing a big win against bootleggers. However, everything in WWE is subject to change.

Dave Meltzer explained on Wrestling Observer Radio that WWE canceled Backlash in June. This is due to their next trip to Saudi Arabia because the company wants to be able to provide extra focus for their next KSA event.

“[Backlash] it’s off. That was going to be June 16th in San Diego. It’s because they’re going to be in Saudi Arabia and I guess they don’t want to do two pay-per-views just nine days apart. Because Saudi Arabia is June 7th. So they canceled that.”

It was noted that WWE canceled the Backlash event because they only want to build up one show at a time. This is interesting because WWE found themselves building toward multiple shows at the same time last year. Whatever their reasoning, the only WWE pay-per-view in June this year will be in Saudi Arabia.

There is still no word on whether WWE will also cancel house shows around that date in June or the NXT TakeOver event set for June 8th in San Jose. We will keep you updated right here at Ringside News.