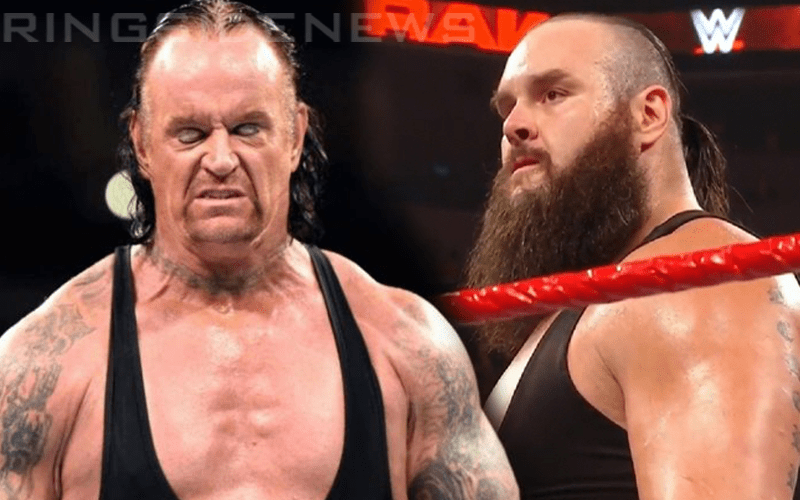 The Undertaker is putting himself out there more often on social media and he used to do more appearances until he signed a new deal with WWE. This means that you never know where he will pop up next on social media.

Braun Strowman was just trying to share a touching photo of himself and his grandparents. It was a great honor for Braun to finally perform in front of his grandparents, but The Undertaker chimed in with a comment nobody saw coming.

I know what they were probably doing after the show…

Plenty of people have speculated what The Undertaker meant with his comment, but the general consensus is that Taker was insinuating that Braun’s grandparents were going to be getting busy after seeing their grandson give people his hands in the ring.