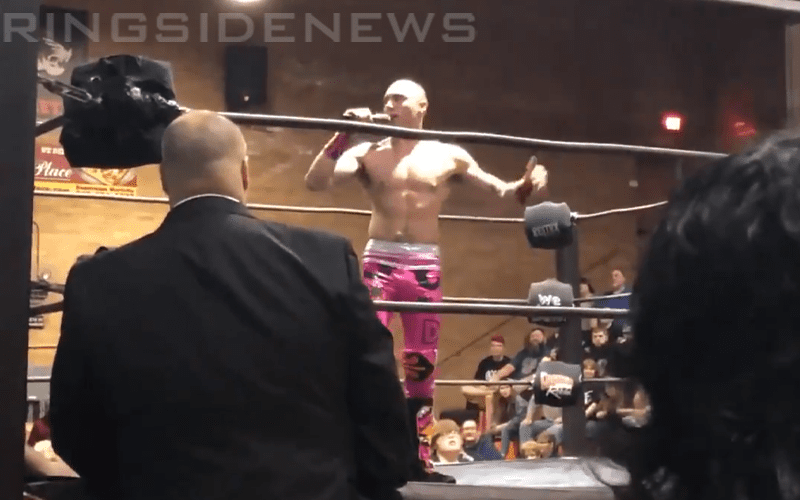 DJZ started his career in 2003 and he eventually found himself in Impact Wrestling in 2011 where he wrestled there for a seven-year run. However, he left Impact late last year with WWE rumors all around him.

We previously reported that DJZ is on his way to NXT. During an indie wrestling match at Remix Pro on Saturday night he had a chance to say goodbye to those local fans.

He gave an inspirational message about how if a skinny kid from West Virginia can make it then anyone can. He also confirmed that he will be moving to Orlando in two weeks to start with NXT.

You can check out the clip below of his speech for the live crowd. He will be missed on the indies, but NXT is going to provide him with a lot of opportunities. We will just have to wait and see if WWE lets him keep his light-up DJ gimmick.