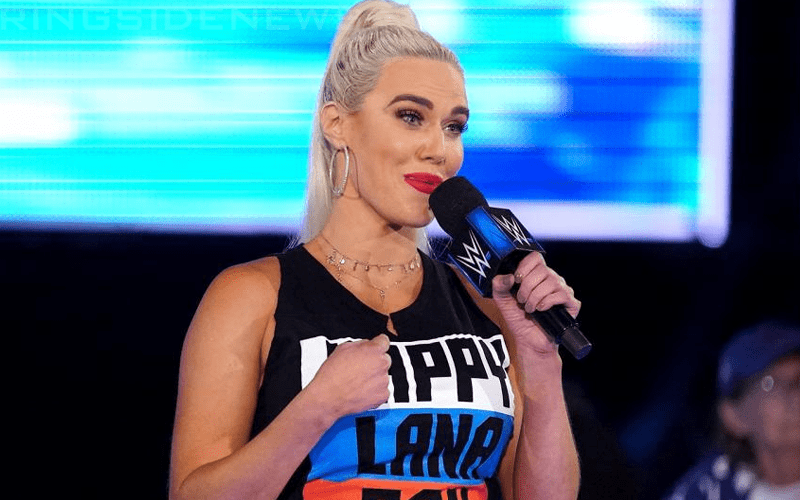 Lana entered WWE as the Ravishing Russian and she was soon escorting Rusev to the ring. However, when Lana appeared on Total Divas some fans were shocked to hear how CJ Perry really spoke. Her Russian accent was a show and only a part of her character. Since she began to have more screen time on Total Divas than WWE television it only made sense to have her drop the accent.

WWE told Lana that they wanted her to drop the accent. It was a slow process, but as she spoke to the 411 Podcast about this, it was a matter of speaking slower and actually letting herself to talk. However, after getting so used to putting on the Russian accent it was actually more difficult than she thought to drop.

“I just had to talk slower, I talk really, really fast. So I think it’s sometimes harder for me to talk with no accent, because I talk really fast. And then I listen to myself back and I’m like ‘Woah, I need to slow down!’ So when I was doing the whole Russian accent, that wasn’t hard. Once I got into that mindset, I grew up around Russians, I grew up around people with accents, so it was just like I just talked like that all the time.

I felt like, it was, sometimes when I talk without an accent, I talk fast, and I have to remind myself, really fast, I talk really fast in real life, and I have to remind myself to slow down. So, that is a little bit of a challenge. I think a little bit of the challenge more was probably last year, I was told they wanted to me to lessen my accent, lessen, lessen, lessen my accent until I had no accent, so I kept on doing that.

I think, it just would get a little irritating, not even irritating because you can’t get irritated, but with the WWE Universe that they would be like ‘Ugh, she’s going in and out of the accent.’ It’s like, ‘No, I’m not going in and out of the accent, I’m purposefully talking with less of an accent.’ It’s like, no, everything I do is on purpose so calm down.”

Lana is now fully Americanized and her days with a Russian accent are long gone. Rusev still has an accent, but that’s really the way he speaks. Maybe someday she will be able to speak much more often on WWE television.