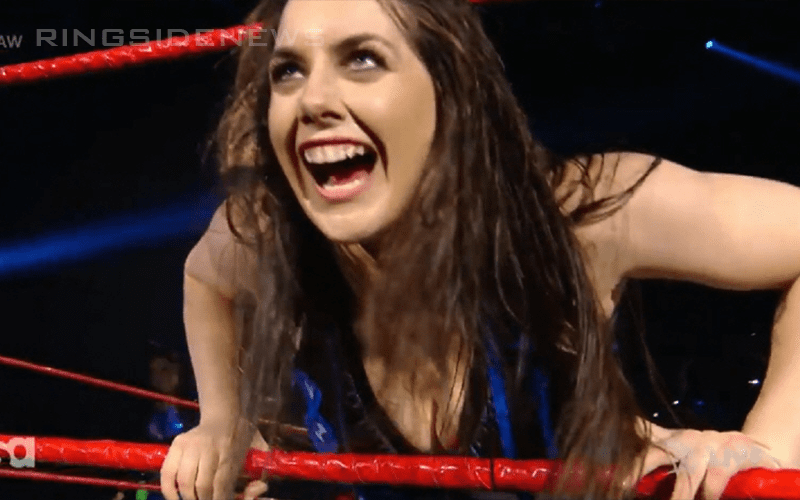 Nikki Cross was somehow missed during the Superstar Shake-Up. We were promised that the NXT Superstars who were recently called up to the main roster would find a home, but it didn’t happen for Cross.

Instead of finding a main roster brand, Cross’ former SaNITy stable was broken up on the blue brand. However, it doesn’t appear that she will be joining her husband Killian Dane on SmackDown Live.

PW Insider reports that Nikki Cross is currently scheduled to be on the road with the RAW brand. It wasn’t announced, but it looks like Cross will be on team red.

We will have to wait and see if WWE changes things around or has other plans for NXT’s Twisted Sister. It is looking likely that whatever part she plays will be on Monday nights.