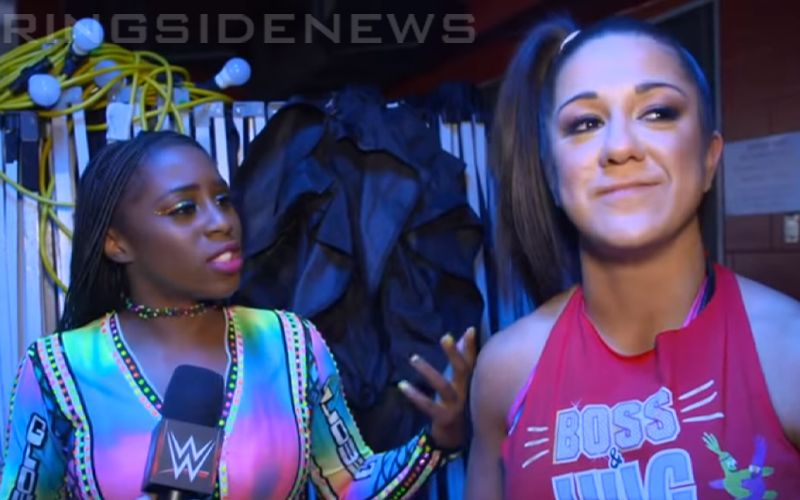 Sasha Banks’ situation is a very interesting one. She wasn’t on RAW this week after Brad Shepard reported that she told the company that she wouldn’t be there. Bayley was shown in a segment trying to call The Boss, but she wouldn’t pick up. Then Naomi appeared from SmackDown Live to be The Hugger’s replacement partner.

In a post-RAW video, Naomi discussed replacing Sasha Banks, but she doesn’t want to see it that way.

Bayley said she couldn’t think of a cooler way to see Noami’s RAW debut but to be a part of it. We will have to wait and see where Sasha Banks ends up next, but she recently tweeted out a pretty cryptic message with emojis that could be translated to mean we can kiss her backside only to be deleted a short time later.