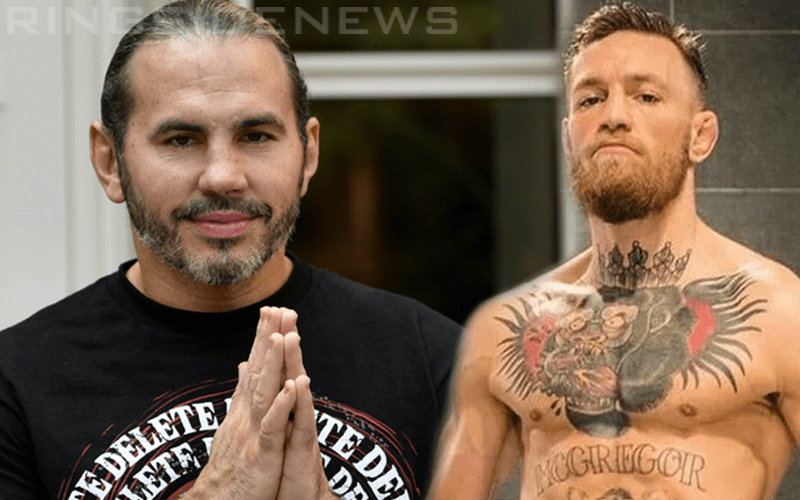 Matt Hardy has seen plenty of people come and go from WWE because they pop a rating or pay-per-view buys. Conor McGregor is the latest person to flirt with a WWE run and it wouldn’t surprise Matt Hardy one bit to see him make the jump to WWE.

While speaking to Fox News, Hardy spoke about what kind of personality Notorious would bring to the table. He also expanded on the ability to take the audience on an emotional ride which is one of the chief goals as a WWE Superstar that Conor McGregor could certainly help achieve.

As far as Connor McGregor being here, that wouldn’t surprise me at all. Not in the slightest. He has the personality that would fit right in here. When it’s all said and done, this gig is being a larger than life personality. Being able to evoke emotion from the people that are sitting out there watching, whether they’re cheering you or booing you —I don’t think that makes a huge difference nowadays, as long as they’re reacting to you. You have to make them emotionally care in some way shape or form. Him being here, he’s such a showman. It wouldn’t surprise me at all.

Stephanie McMahon seems determined to bring McGregor in as she admitted that there have been talks and she later encouraged Conor to give WWE a try via social media. Perhaps they are setting the stage for Conor McGregor’s eventual WWE debut, but in the meantime we can only speculate what kind of an impact he would have on the company.