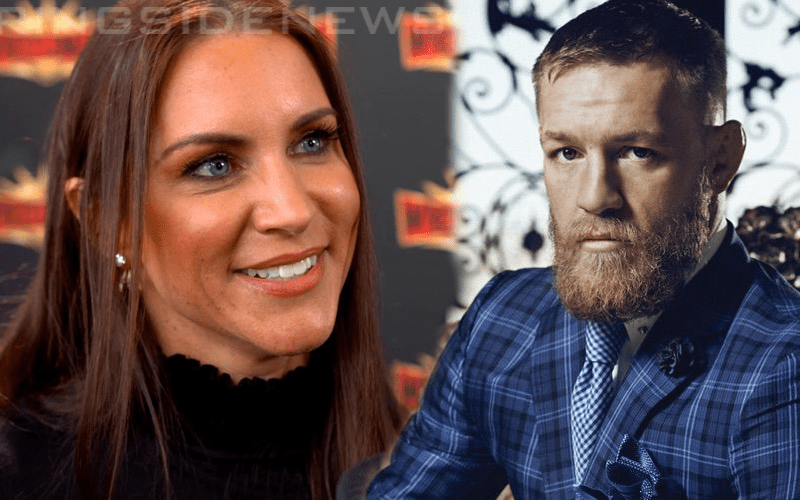 WrestleMania 35 is in the rear view mirror and now we are off to our next destination in WWE. Conor McGregor sent out a pretty big congratulations to Becky Lynch for her Mania win and then he teased giving WWE a try in a pretty big way.

Stephanie McMahon has already revealed that WWE has spoken to Conor McGregor and Rob Gronkowski about coming into the company. After reading Conor’s tweet where he said: “Stephanie McMahon you are right, I could not do what these athletes do. Or could I…” Steph had to reply.

Yes, this is a pretty big tease, but you never know why it is taking place. McGregor might not want to really associate his brand with WWE in an official sense, but flirting with a WWE jump could certainly bring the asking price for his next fight up.

Vince McMahon also has a ton of money and McGregor might just be convinced to give WWE a try if there is enough cash involved. Tonight’s RAW after WrestleMania would be a great time to further this story, but for all we know this won’t go any further than some online teasing.