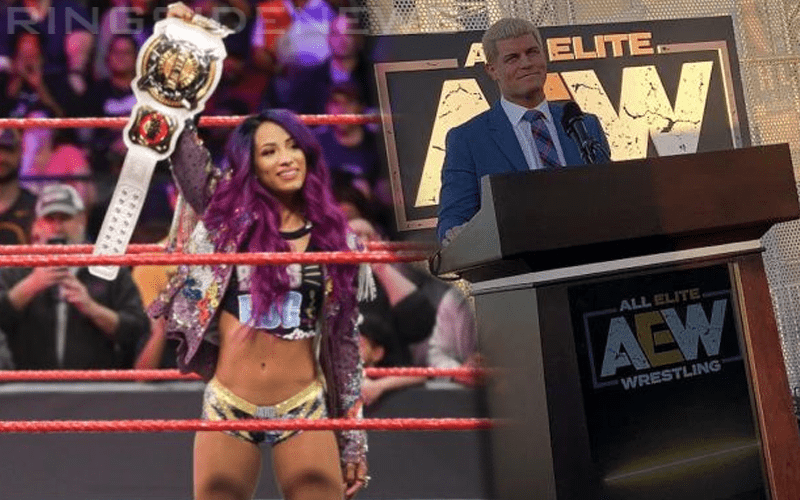 Sasha Banks reportedly tried to quit WWE over WrestleMania weekend. She was not happy about their booking decisions and then she canceled on Wendy Williams citing “personal reasons” before taking off to a vacation with Kalisto and their spouses.

The big revelation came today in the form of Sasha Banks unfollowing WWE and Vince McMahon. She was also following AEW, The Young Bucks, Cody Rhodes, and Kenny Omega. Therefore fans are starting to bust out their “Cody gifs” on any tweet involving The Boss.

To make matters even more interesting some fans noticed a very strong correlation between Sasha Banks’ ring gear and the colors in the AEW logo. If this was a hint then it is a subtle one, but seeing how her husband Sarath Ton works for WWE designing ring gear for a ton of Superstars including his wife it might be plausible that this was done on purpose.

We will keep you updated on any further developments in this on-going story right here at Ringside News.

Thanks to Bodyslam.net for the tip