WWE has a lot of decisions they can make coming up because there is another Superstar Shake-Up scheduled for next week. We also might have a couple of clues about who to expect.

With such a crowded NXT roster there is always the possibility calling up some NXT Superstars even though they just brought up 10 new additions from developmental in the last four months.

PW Insider reports that Kairi Sane was backstage at SmackDown Live. Some are under the belief that she could be debuting on the main roster next week as part of the Superstar Shake-Up. If WWE places Paige with a new team from NXT the thinking is that it could be Sane and Io Shirai as The Sky Pirates.

Sasha Banks has also been recently advertised as a RAW Superstar at upcoming events. This is leading some to believe that she is sticking with the red brand as well. Rumors about her have been concerning, but Wendy Williams had an explanation on her show about Banks pulling out of her appearance although that has not been confirmed by The Boss. 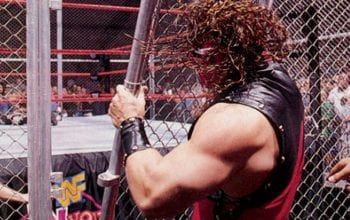