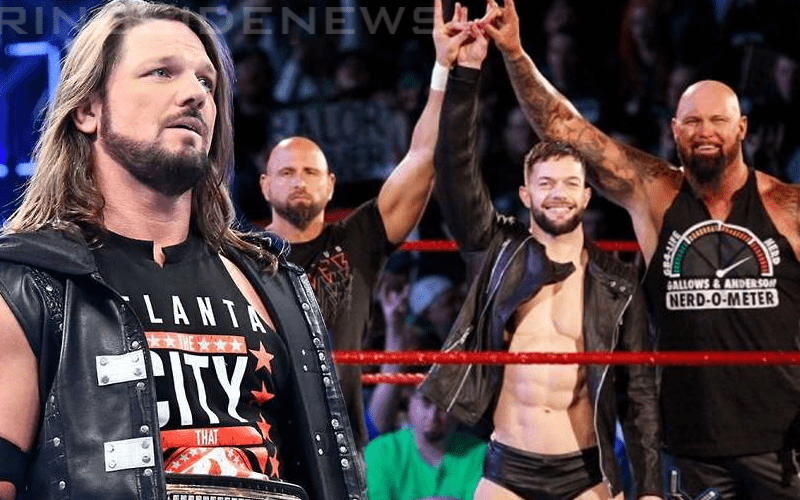 The WWE Superstar Shake-Up is going down next week and plenty of fans have their preferred ways that they would like things to go. The Shake-Up can sometimes split up teams, but it can always bring people back together.

AJ Styles tweeted out two very interesting pictures of himself with Karl Anderson and Luke Gallows as well as another with Finn Balor. This might lead some fans to believe that he is hoping to be reunited with some Good Brothers next week especially since he used #SuperstarShakeUp in his tweet.

The Shake-Up actually split Anderson, Gallows, and Styles up in the past. Since then AJ did just fine, but The Good Brothers have since told WWE that they were not renewing their contracts.

We will just have to wait and see what WWE decides to do during the Superstar Shake-Up, but we already know what AJ Styles is hoping for.